The UK’s main parties are gearing up for a general election on 12 December.

These national votes, to choose a government to run the country, are supposed to be held every five years.

What is an election for?

A total of 650 people will be chosen as members of Parliament (MPs), to decide laws and policies.

Members of Parliament are elected by voters to represent the interests of their constituency in the House of Commons. Most belong to a political party, but some do stand as independents. There are 650 MPs in the House.

End of members of Parliament (MPs)

MPs are elected to the House of Commons, one of two chambers of Parliament in London, where the government is based.

What do voters care about more, the NHS or Brexit?

Detailed proposals for everything from the economy to defence and policing are set out before any general election in manifestos.

A manifesto is basically a brochure containing all of a party’s ideas and policies. Manifestos are usually published during the general election campaign. If a party wins the election, it is often judged by how many of its manifesto promises it manages to deliver as a government.

These come from the UK’s political parties – groups of people with similar political beliefs who come together to try to win power.

The issues UK voters care most about have changed a lot, according to the polls. 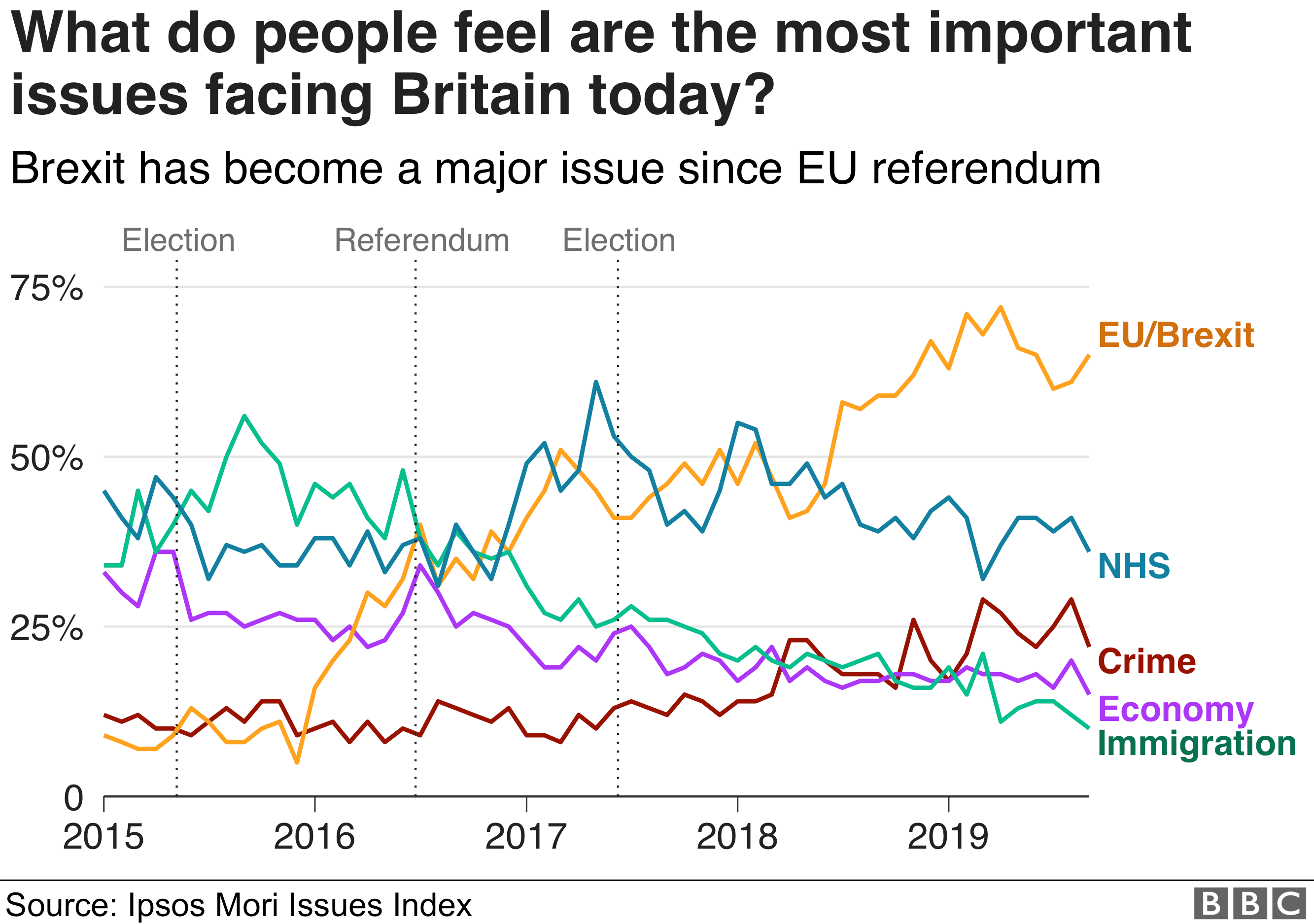 The National Health Service (NHS) and immigration were the things that most concerned voters in 2015.

The National Health Service (NHS), which started in 1948, is the government-funded national healthcare service that provides free diagnosis and treatment for UK citizens.

The European Union (EU) was of far less interest.

European Union: the political and economic union of 28 member states, which the UK is planning to leave.

Now, however, Brexit – the UK’s departure from the EU – is by far the biggest issue.

Short for British exit – refers to the UK leaving the European Union.

Why have an election now?

Nearly three-and-a-half years after the UK voted for Brexit in the 2016 referendum, it has not happened.

Politicians are divided: some want the UK to leave the EU as soon as possible, some would prefer another referendum, and others to cancel Brexit altogether. 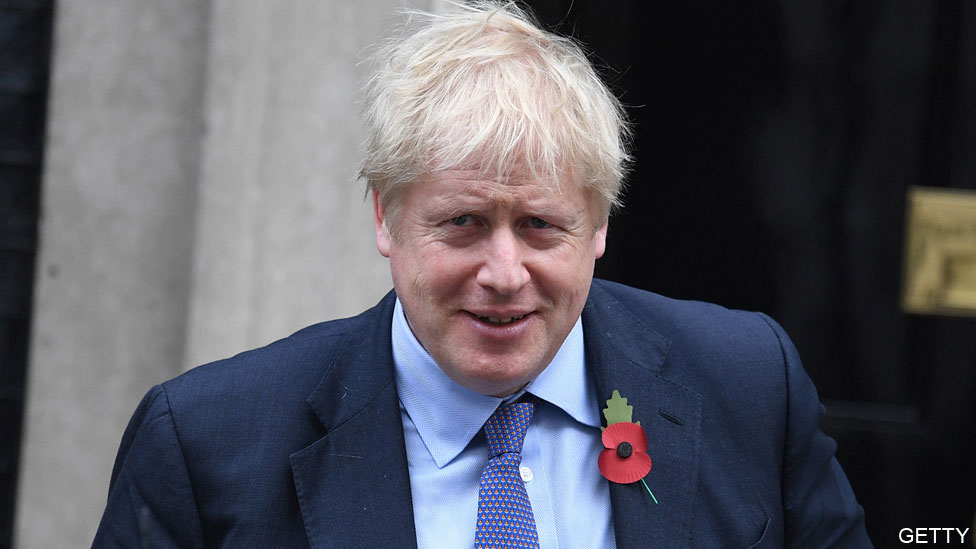 Boris Johnson became UK prime minister in July 2019, succeeding Theresa May in 10 Downing Street. He had previously served as Mrs May’s foreign secretary and before that was mayor of London when the city hosted the 2012 Olympics. Before becoming an MP, in 2001, Mr Johnson was the editor of the Spectator magazine, a role he retained until 2005, when he became shadow minister for higher education.

He hopes an early election will increase the number of Conservative MPs, making his Brexit plans easier to achieve.

The Conservative Party is the oldest political party in the UK, dating back to the 18th Century. It describes itself as being on the centre right. Conservatives believe in free markets, low taxation and individual liberty.

The next general election was due to be in 2022, but Parliament has now agreed to hold an early election.

How does voting work?

Anyone aged 18 or over can vote, as long as they are registered and a British citizen or qualifying citizen of the Commonwealth or Republic of Ireland.

Voting takes place at local polling stations, set up in places such as churches and school halls. Voters put a cross on the ballot paper beside the name of their chosen candidate and drop it into a sealed ballot box.

How are the winners chosen?

The candidate with the most votes in each constituency is elected to the House of Commons.

To win, they simply need more votes than anyone they are standing against. They could receive fewer than half of the votes in their constituency. 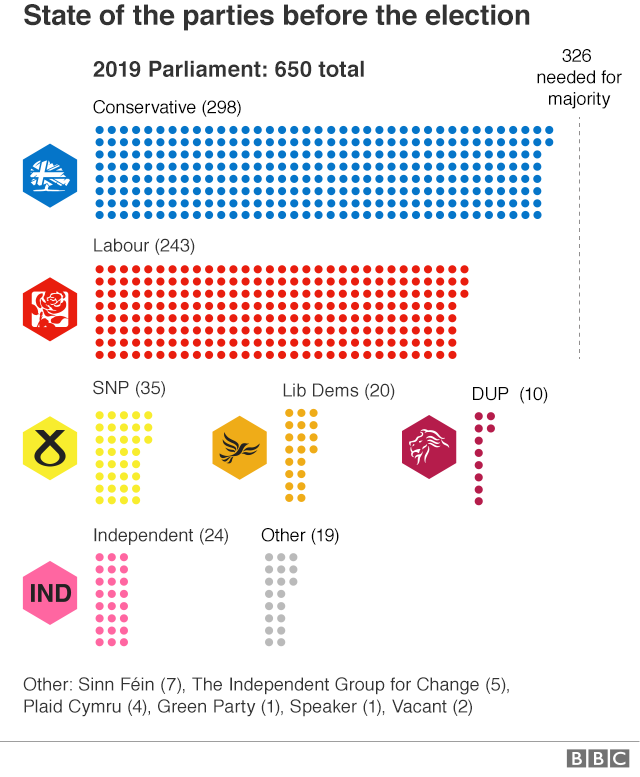 Most MPs represent a political party but some stand for election as independent candidates.

Any party with more than half the MPs (326) in the Commons usually forms the government. Parties with well below 50% of the national vote can take power as a result of the UK’s voting system.

The UK uses a first past the post voting system. It means a local candidate who receives the most votes wins – and the party with the most winning candidates forms a government. So the overall number of votes parties get nationally does not have any bearing on who wins the election.

If no party has a majority of MPs, the one with the most can form a coalition – or partnership – with one or more other parties to gain control.

The prime minister is not directly voted for by the public. He or she is chosen by the winning party’s MPs and appointed by the Queen, who is duty bound to follow their advice. 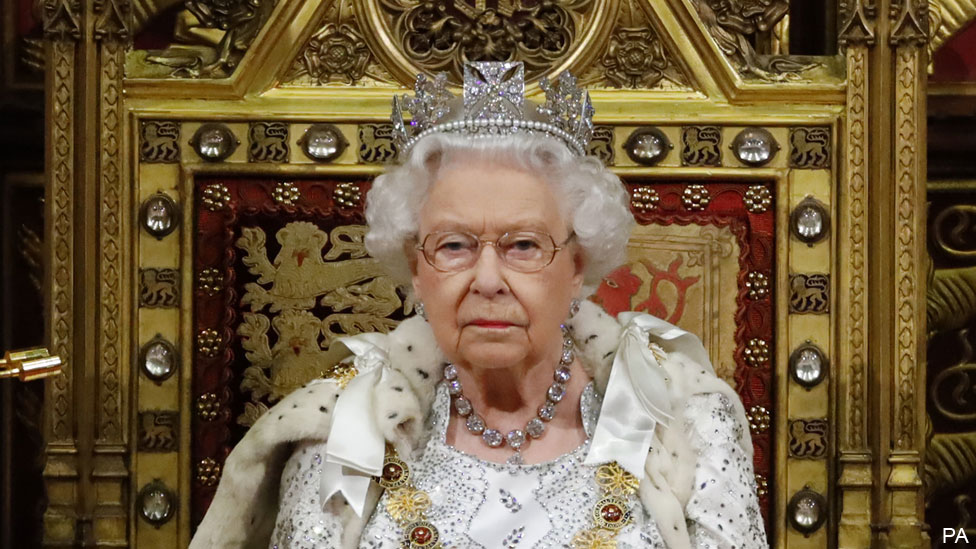 The Queen is the UK’s head of state, although she is not in charge of the government. Elizabeth II is the country’s longest-serving monarch, having ascended to the throne in 1952. She performs state duties, which include formally opening Parliament, representing the country at events such as the annual Remembrance Day parade, and making official visits overseas. She is also head of the armed forces and Church of England.

End of the Queen

What happened at the last election, in 2017?

Every election since 1922 has been won by either the Conservative or Labour parties.

The Labour Party was founded by the trade union movement in 1900 to give workers a voice in Parliament. It believes in the redistribution of wealth and opportunity, greater rights for working people and strong, state-run public services.

They were again the two biggest parties in the 2017 vote but neither had enough MPs to form a majority government. The Conservatives were the biggest and they partnered with the Democratic Unionist Party (DUP) in order to win votes in the Commons.

The Democratic Unionist Party was founded in 1971, during the time of conflict in Northern Ireland, known as the Troubles. As unionists, the DUP support Northern Ireland being part of the UK and are known for their socially conservative beliefs on abortion and same-sex marriage. After the 2017 election, DUP MPs helped keep the Conservatives in power by agreeing to support them in Commons votes.

Since the election, the Conservatives and Labour have both lost MPs, while the Liberal Democrats have made gains.

Often called the Lib Dems, the Liberal Democrats were formed in 1988 by the merger of one of Britain’s oldest political institutions, the Liberal Party, which stood for free trade and individual liberty, and the Social Democratic Party, a centrist offshoot of the Labour Party. The party likes to see itself as being on the centre ground of British politics. 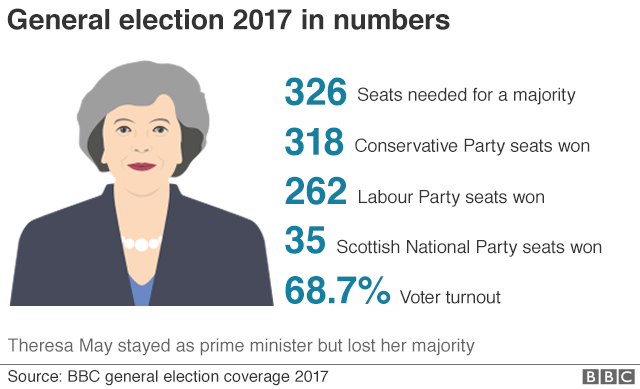 Parliament’s second chamber is the House of Lords.

The House of Lords is the second chamber of the UK Parliament. It is independent from the House of Commons but shares with it the role of making laws, while it also checks the government’s work. Members are given a title, such as Lord, are not elected, do not represent constituencies and most do not belong to any party.

End of House of Lords

Its members are not elected but are appointed by the Queen, on the prime minister’s advice.

Who can stand for Parliament?

Most people over 18 on polling day can stand as a candidate – as long as they are a British citizen or a qualifying Commonwealth or Republic of Ireland citizen resident in the UK.

They must also pay a £500 deposit, which will be lost if they do not get at least 5% of the votes in their constituency.

When do we find out the result?

On general election day, voting takes place between 07:00 and 22:00. The results are declared through the night and the following day.

When the overall result is known, the leader of the winning party, if there is one, visits Buckingham Palace to ask the Queen for permission to form a new government.

Once they have that, which is a formality, they return to the traditional home of the prime minister 10 Downing Street. 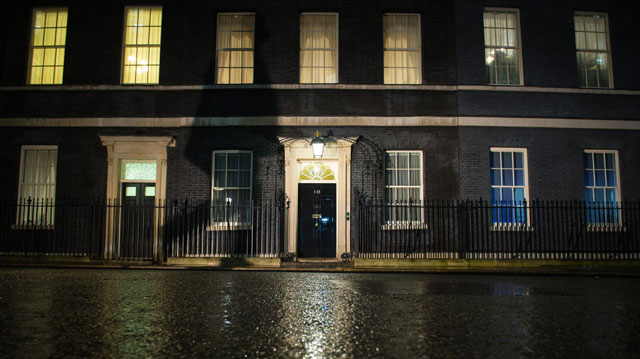 This terraced house is the official residence and office of the UK prime minister.

Often they will stand outside to deliver a speech about their party’s plans for the coming years.