It’s no surprise that officiating is one of the top storylines of the NFL’s 2019 season. What’s alarming, however, is that the cause is something other than pass interference review, one of the most consequential rule changes in recent league history.

The spike and then apparent drop in offensive holding penalties roiled the league for two weeks, revealing that its officiating issues extend beyond a new rule or point of emphasis gone awry. Amid the complaints and critiques, I spoke with ESPN officiating analyst John Parry this week about the holding episode. And we mined a few suggestions — some philosophical, others quite specific — for how the NFL could materially improve its officiating structure.

Kevin Seifert: It appears the league solved the holding problem last weekend. But how did a narrow point of emphasis — eliminating the “lobster block” technique from backside running plays — cause a 66% spike in flags?

John Parry: While we were all focused on the changes with pass interference review, the NFL changed the way it was enforcing holding. The rulebook has said for a while that players must “immediately” work to bring their hands inside the frame, but in reality, for a long time most officials gave them some time to do it. Around Week 13 last season, that changed and officials were told to call it by the letter of the law.

Seifert: That was the week there were 94 holding calls out of nowhere.

Parry: Yes. Look at it like speeding. The speed limit is 55. You’re driving 64 and no one pulls you over. Then one day, the chief of police decides, “We need to slow everyone down.” The next day, you’re driving 62 and bang — not only are you pulled over, you get a ticket.

Seifert: That suggests this was more than about the point of emphasis.

Parry: Officials called what they were instructed to call. And then Al Riveron [the NFL’s senior vice president of officiating] had a conference call last Saturday night. The message was that when officials are looking at those backside blocks, the league still wants flags thrown unless the blocker immediately gets his hands inside the frame. They still want that out of the game. It can make a real difference in whether the defender gets to the ball.

But on the front side, they were instructed to give the blocker a little more time to work his hands inside before throwing a flag. And that’s what you saw happen on Sunday [in Week 3]. The conference calls have always been a positive, proactive approach.

Seifert: Isn’t there a better way to implement these points of emphasis? There are too many times when they disrupt the early part of the season, only to be pulled back or tweaked later. So how would you fix it, along with some of the other officiating issues we’ve seen this season?

Parry: Officials, coaches and players are all asking for more time together throughout the course of the year to bridge the gap between what’s written in the rulebook, what they see in training camp and what is going to be called in games. So I think officials should spend more time during the offseason in team facilities, specifically in July and August, to ensure that everyone is all on the same page by Sept. 1. That would be tough because the NFL removed the full-time game official program, which was designed in part to expand offseason working time. Expand the training of all outside the game. Does what is coached align with what is coached to call?

Seifert: That sounds like a much better consequence-free time to make those kinds of changes.

Seifert: This refers to the NFL system that allows officials to speak with each other via microphones and earpieces during games. When it was implemented in 2014, the NFL said it would enhance communication and improve game flow, thus reducing game times. But that doesn’t seem like a bad thing?

Parry: In practice, it can really take away from the focus of an official. When you’re officiating an NFL game, you need to shut off the noise and focus for six seconds and 160 plays over the three-hour game. Full concentration. But with this system, you’ve got people in your ear talking. It’s not just the seven officials on the field. It’s the replay officials upstairs and also people in New York who have access, as well.

Imagine you’re in the middle of a play and you hear someone yell, “I’ve got an illegal block!” At least part of your concentration is taken away. You’re like, “Where? Who?” You hear a lot of that play-by-play. It’s human nature. People want to be heard.

Seifert: Aren’t there rules for how to use this system, as there are for airline pilots in the cockpit?

Parry: As a retired official, my view is we were were never trained on this system. You watch games now and you see how many times officials are still conferencing to report and enforce a foul. The system isn’t really being used as intended. And it’s especially bad in the playoffs, when the league pulls together All-Star crews. I was the referee last year in Super Bowl LIII, and in the first quarter, I had to bring the crew together and say, “Stop talking so much on this system. I don’t want to hear play-by-play. It’s distracting. Work the game.”

Seifert: Do you really think that can cause officials to miss calls?

Parry: Maybe an unintended consequence here is that officials’ concentration is affected by having someone in their ear all the time. Think of quarterbacks. Their coach-to-player communication is shut off with 15 seconds on the game clock. How do you think Tom Brady or Drew Brees would feel if a coach was chirping in their ear during the play? Some guys love these things. There are some chatty people out there. Many officials would agree the ear piece distracts them too often.

Parry: When you think about a game week for an official, there is very little training that goes on. The official will self-evaluate when he or she gets home from a game. Then the league spends Monday, Tuesday and Wednesday working on evaluations. It’s every play, every call, every angle. There is minutiae at times and excess at times. They might slap a referee on the wrist for being too wordy in an explanation. That comes in on Wednesday night.

But then there is very little communication on Thursday and Friday. The NFL sends out a training tape on Saturday. It’s great, but it’s 10 or 15 minutes long. Maybe every other week, you’ll get a position-specific training tape. I think the NFL needs to begin to prepare for the next game, and train for the specifics of that assignment, much earlier in the week. When the main communication is an evaluation of the last week, and it isn’t positive, it can put an official in the tank. Then the referee spends time during the week … trying to get them back into the positive swing of things.

Seifert: I know most coaches have a 24-hour rule. They, and their players, spend the 24 hours after a game evaluating, mulling and making corrections. But after that point, by Monday evening, the focus moves to preparing for the next game.

Parry: The reality is the NFL has two trainers for 124 officials, and the full-time officiating program is gone. The NFL should get to a point where the week is at least 50-50 between evaluating and training. There are all kinds of specifics that make the next game different from the previous one.

Of course, people will see this and think it’s about avoiding accountability. It’s not. The best evaluation an official has is self-evaluation. They’ll be harder on themselves than any NFL evaluation will be on them.

Suggestion 4: Simplify to be better

Parry: Generally, if you can simplify the complicated, the results are better. Such as making sense of 400-500 pages of rules. 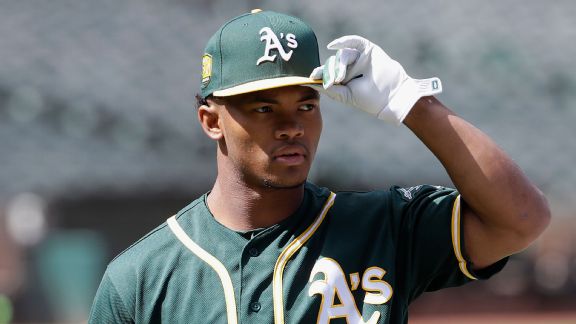 Seifert: So are you talking about simplifying the rules or the rulebook?

Parry: I think it’s more about making sure the calls you make are big. Focus on the big-ticket items only. Don’t flyspeck. Don’t look for fouls. Let them jump out to you. Use the 80-20 rule. Be perfect in that 80%. Be your best with the top ten fouls called annually. Then get to the 20% that can be unusual situations. But officials are best when they stick to the basics.

Seifert: I have to ask: What is flyspecking?

Parry: It’s focusing on something small, insignificant in the big picture. It happens. There are so many things in the human psyche. You’re in a crew of seven, and three of your colleagues have thrown two or three flags already, and you’ve got zero. Believe me, it enters your mind. Am I seeing things right? Everybody’s throwing, and I haven’t participated yet, and now I feel like I have to throw. Maybe I saw all of the foul. Maybe I didn’t. You don’t want it to happen, but it does.