Center Travis Frederick grew up in Wisconsin, not far from the Illinois border. He played football at the University of Wisconsin. He has gone ice fishing. He knows cold.

At least he thought he did until Dec. 9, 2013 when the Dallas Cowboys played the Chicago Bears at Soldier Field.

“I think that’s the coldest game I’ve ever played in,” Frederick said, thinking back to his rookie season. 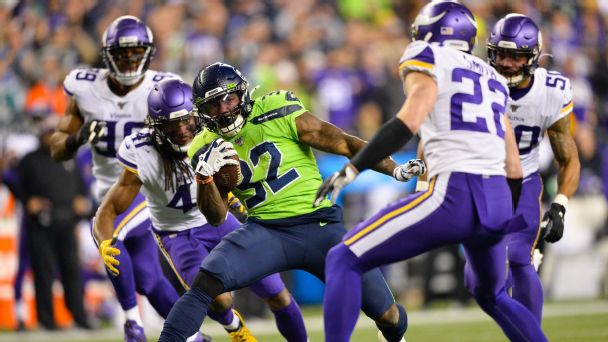 As a Cowboy, it certainly was.

The only game colder in franchise history is one of the most iconic games in NFL history: the Ice Bowl. The 1967 NFL Championship Game at Lambeau Field in Green Bay was minus-13 degrees at kickoff.

In 2013, the temperature at kickoff was 8 degrees with a minus-9 degree wind-chill, making it the coldest regular-season game in Cowboys’ history. The Cowboys lost, 45-28, but the score was not indicative of the type of game it was for Dallas.

“When you’re ice fishing, you can bundle up, right?” Frederick said. “In football, you can’t.”

When the Cowboys (6-6) take on the Bears (6-6) on Thursday at Soldier Field (8:20 p.m. ET, Fox), the temperature at kickoff is expected to be in the 30s, which would be relatively balmy compared to that Monday night almost six years ago. For the first time this season, the Cowboys practiced outside all three days in a nod to the conditions. The temperatures weren’t too bad for practice in Texas, but it was windy and coach Jason Garrett wanted his guys practicing on grass with the team set to play on the grass at Soldier Field.

“Obviously, it’s hard for us to recreate the weather conditions in Dallas that you’re going to get in Chicago,” Garrett said, “but dealing with the grass is something we can do. So, hopefully we can take advantage of that.”

Seven players and six coaches who were there on Dec. 9, 2013, remain with the Cowboys. Here are some of their stories:

It was only a short walk from the team’s downtown Chicago hotel to the buses parked out on the street, but players knew then it was going to be a miserable experience.

Safety Jeff Heath: “Walking out of the hotel to the bus, walking off the bus, man, that was terrible. I remember thinking, ‘Man, this is going to be rough.’ It was that cold.”

Long-snapper L.P. Ladouceur: “From the bus to the locker room, just in that breezeway or hallway, whatever it was, it was just cold. Then I get on the field and I tried to run around and said, ‘That ain’t gonna happen,’ so we went back inside. We went and kicked in the pregame. Our normal set is kick about 20-25 balls, then we do about 20-25 punts. We ended up cutting that to about five or six each side, went back inside and waited until the whole team went out.”

Frederick: “That was the first time [veteran tackle] Doug Free told us that we could wear sleeves during the game. I remember specifically that everybody was trying to figure out what we were going to do. … I think there was an ask. We went out for pregame without [sleeves] as well and then we made the decision after that.”

Punter Chris Jones: “It was bruise-on-the-top-of-my-foot cold. I think we only punted like two or three times in the game, but just from the pregame and halftime, all that stuff, I mean it was literally like you’re kicking a brick. And I bruised my foot.”

Tight end Jason Witten: “I think mental toughness is Line 1 for me when you play pro football, and weather kind of falls into that. You can’t allow that to say, ‘Well, we didn’t win the game because of that.’ That’s the biggest excuse. Get your mind right, practice in it, do those different things that are going to allow you to, do wet ball drills, all that kind of stuff, and go find a way to win. But that was not a good night in Chicago.”

It was a bad night for the Cowboys. A defense that finished among the worst in franchise history allowed Bears backup quarterback Josh McCown to throw four touchdown passes and saw the Chicago offense gain 490 total yards.

But the on-field performance is not what players remembered.

Linebacker Sean Lee: “I’d take my mouth guard out, call the huddle and put it back in and it was crunchy. It was that cold. That’s part of playing football. That’s what makes football fun, playing in different environments.”

Heath: “I would spit out of my out of my helmet, and it’d hit the mask and freeze within 10 seconds.”

Ladouceur: “I usually warm up on our sideline, get in one or two snaps before we go in. I literally went from the bench, which was heated, with the coat on and I just threw everything off, ran on the field, snapped, come back and sat in the exact same spot. Chris did the same thing. We didn’t kick in the net. It was just a miserable experience.”

Witten: “I always kind of lick my gloves or spit on them … and I remember I did that and they kind of froze up. I said, ‘Oh, this is pretty cold.”

The heaters: ‘There was nothing you could do’

For cold-weather games, the Cowboys’ equipment staff packs approximately 17,000 pounds of gear with full-length jackets, gloves, hats and all the accouterments.

While the benches were heated, the most popular spot was next to the heaters blowing at each end of the benches.

Lee: “Some of the guys that weren’t playing would be around it, and it’s like, ‘You need to rotate out.’ Some of the guys were trying to get their legs warm going out there. We kind of had an etiquette, a code. It usually stays that way. Sometimes you had to remind guys to get out of the way.”

Heath: “I’m not sure the heaters even worked. There was nothing you could do [to stay warm]. I mean nothing.”

Chicago scored 10 points in the final 1:33 of the second quarter to go up 24-14 at halftime. The locker room was an interesting scene.

Heath: “I didn’t have any. Just wanted to stay in there at halftime.”

Witten: “Never done the chicken broth. That wasn’t going to help in 2013, I can damn sure tell you that.”

Coach Jason Garrett: “I might have [had some]. We were trying everything.”

Frederick: “You go back in for halftime, and you’ve gotten out of the pool. Now you have to jump back into the pool knowing it’s cold.”

By the end of the third quarter, the score was 35-14 and would expand to 42-14 in the first minute of the fourth quarter. Since the game was on Monday Night Football, that didn’t help.

Heath: “They have extra-long TV timeouts, and for the TV timeouts you have to be on the field. So you can’t be on the bench during a TV timeout. We would run out there, and it’d be like a two-minute TV timeout and we’re all just sitting there, like, ‘Come on. Let’s go.'”

Frederick: “I thought it was unfair how many times we ended up out there vs. the other team. But I remember some of the skill guys hanging out a little bit more by the sidelines and the heaters, then coming out instead of everybody being out there during that TV timeout.”

Witten: “We had it timed up. It’s one thing where everybody was standing [on the sideline] for the TV timeout. I don’t think coach was too happy about that.”

Final thought: ‘Nothing but respect’

Players from the Ice Bowl say they still have numbness and frostbite, an aftereffect of that minus-13 degree game.

Witten: “I’m sure the Ice Bowl was colder. But I’ve got nothing but respect for those guys, because technology has come a long way since those guys played.”