Facebook is co-opting some of the top video chat innovations like Zoom’s gallery view for large groups and Houseparty’s spontaneous hangouts for a new feature called Rooms. It could usher in a new era of unplanned togetherness via video.

Launching today on mobile and desktop in English speaking countries, you can start a video chat Room that friends can discover via a new section above the News Feed or notifications Facebook will automatically send to your closest pals. You can also just invite specific friends, or share a link anyone can use to join your Room. 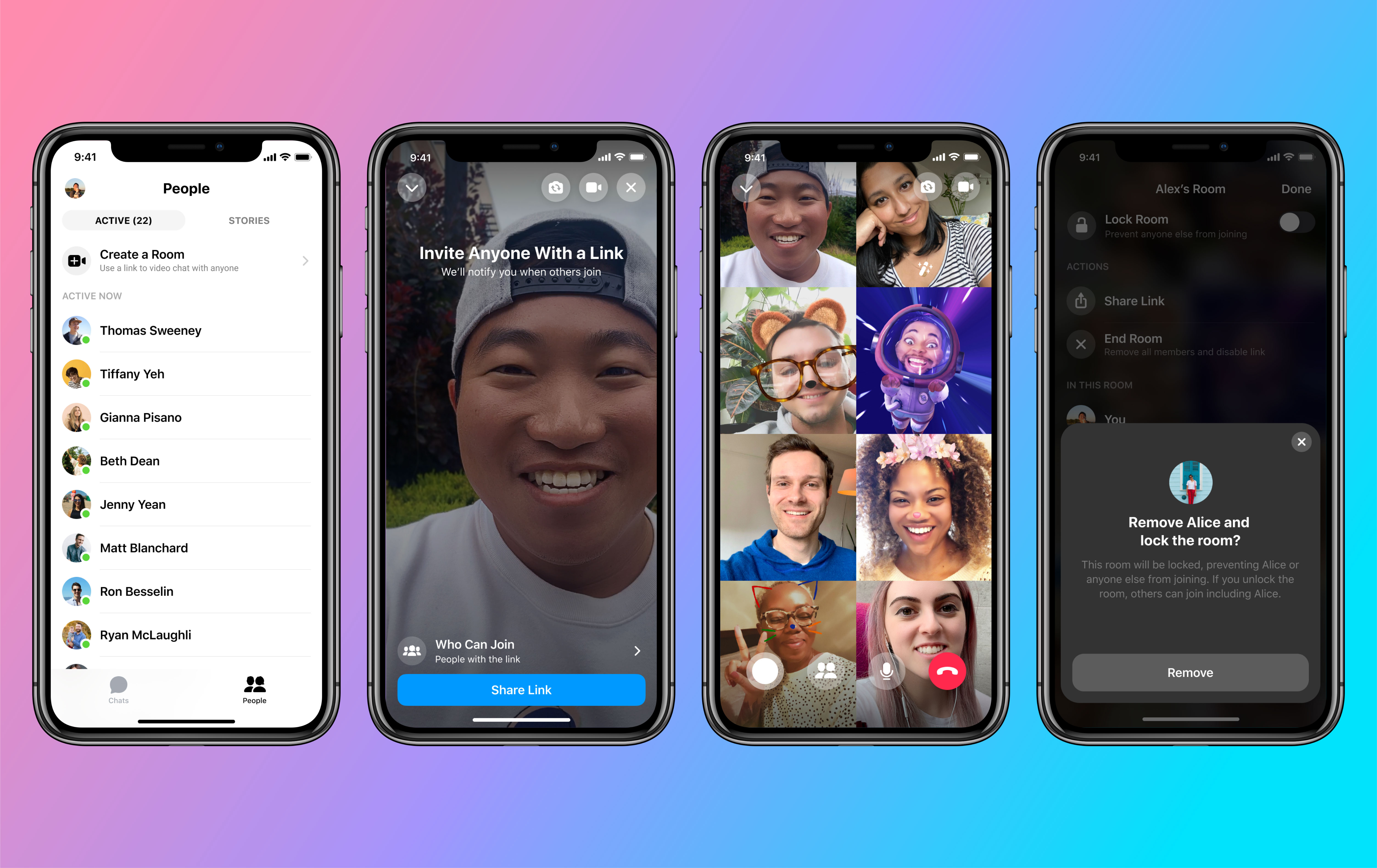 For now, up to 8 people can join, but that limit will rise to 50 within weeks, making it a more legitimate alternative to Zoom for big happy hours and such. And more importantly, users will soon be able to create and discover Rooms through Instagram, WhatsApp, and Portal, plus join them from the web without an account, making this Facebook’s first truly interoperable product.

“People just want to spend more time together” Facebook’s head of Messenger Stan Chudnovsky tells me. One-on-one and group video calling was already growing, but “Now in the time of COVID, the whole thing is exploding. We already had a plan to do a bunch of stuff here [so people could] hang out on video any time they want, but we accelerated our plans.” There’s no plans for ads or other direct monetization of Rooms, but the feature could keep Facebook’s products central to people’s lives.

The launch of Rooms comes alongside a slew other video-related updates designed to shore up Facebook’s deficiency in many-to-many communication. It already owns the many-to-one feeds and has emerged as a leader in one-to-many livestreaming, but “the middle piece needed way more investment” Chudnovsky says.

Here’s a rundown of the other announcements and what they mean: 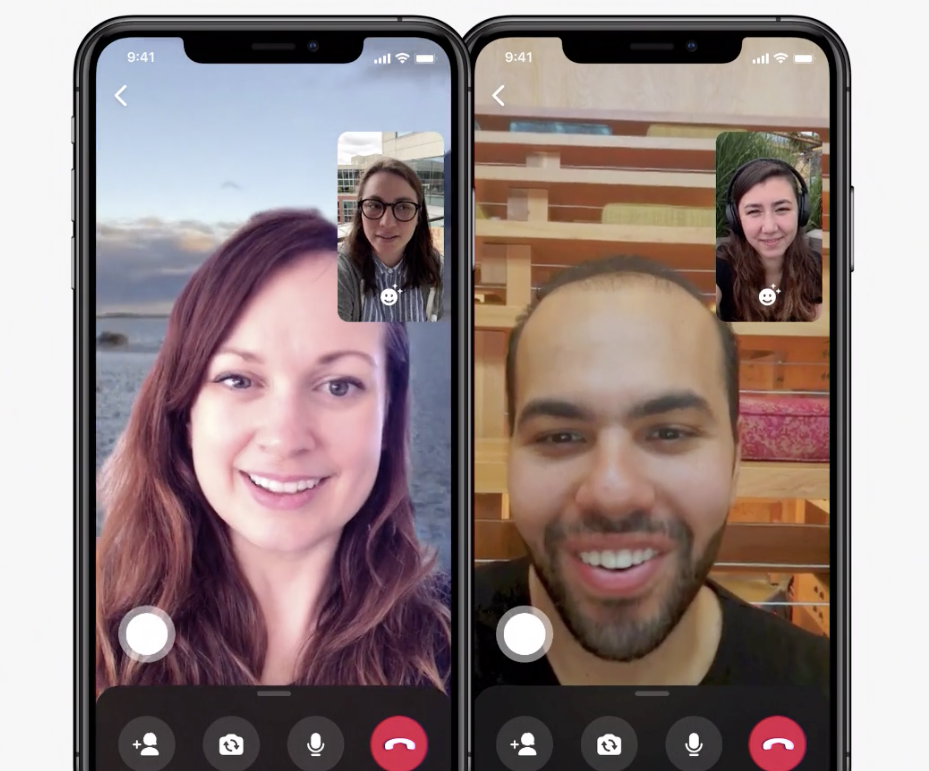 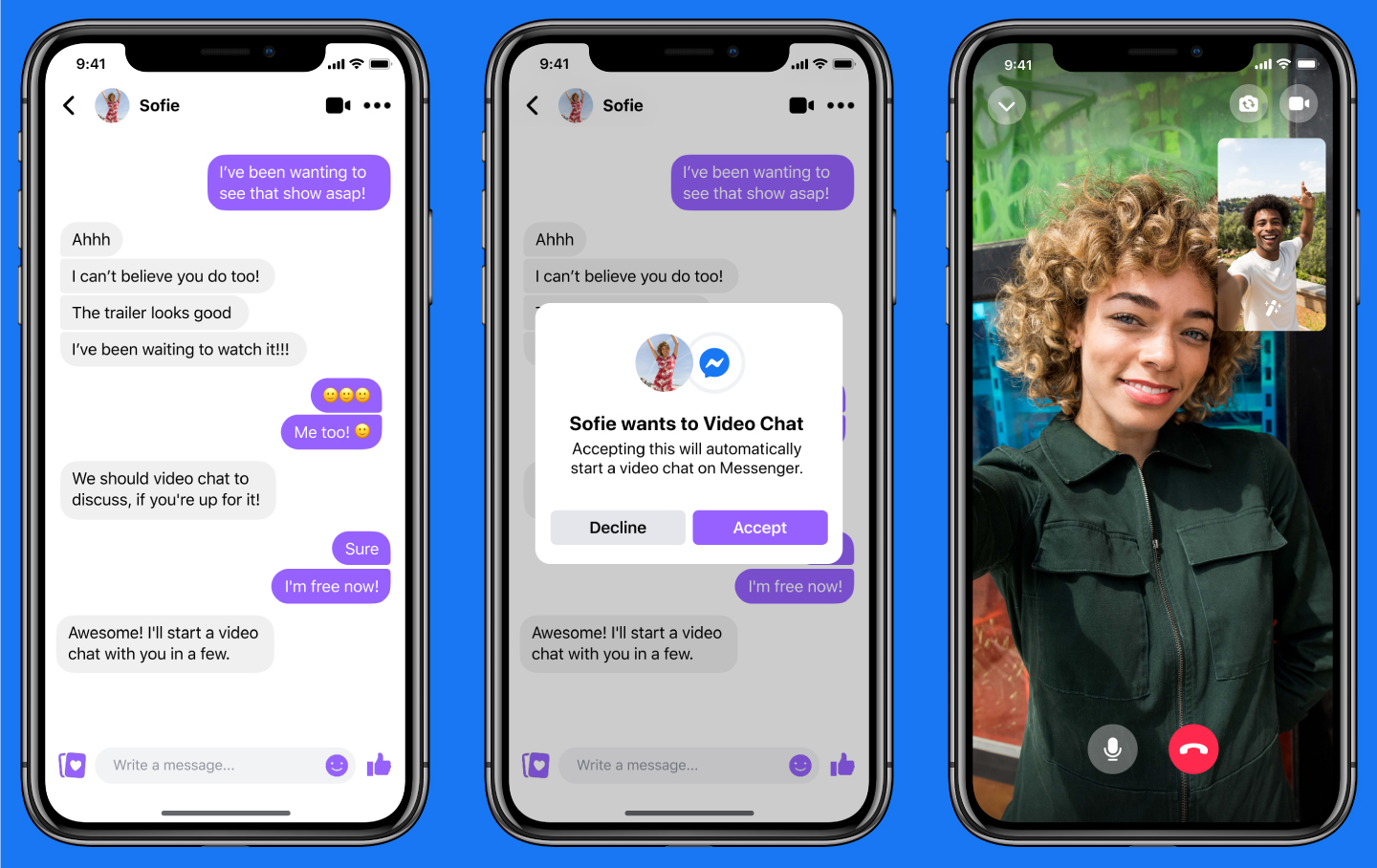 Facebook strived to make Rooms launchable and discoverable across all its apps in hopes of blitzing into the space. You can launch a Room from the News Feed composer, Groups, Events, the Messenger inbox, and soon Instagram Direct’s video chat button, WhatsApp, and Portal. You’ll be able to choose a start time, add a description, and choose who can join in three ways.

You can restrict your Room just to people you invite, such as for a family catch-up. You can make it open to all your friends, who’ll be able to see it in the new Rooms discovery tray above the News Feed or inbox and eventually similar surfaces in the other apps. In this case, Facebook may notify some close friends to make sure they’ll see it. Or you can share a link to your Room wherever you want, effectively making it public. 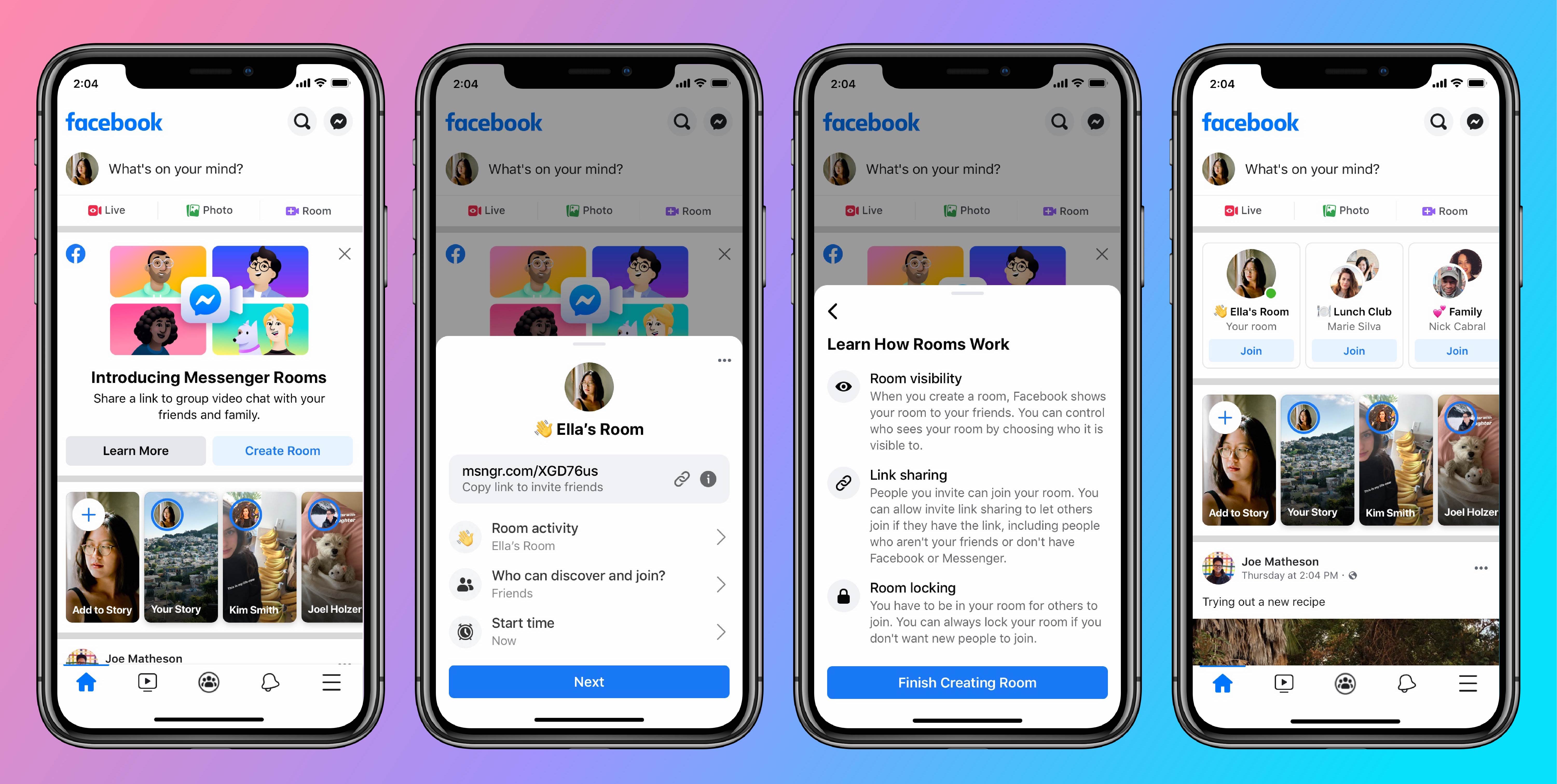 Facebook apparently watched the PR disaster that emerged from Zoombombing, and purposefully built security into Rooms. The host can lock the room to block people from joining via URL, and if they boot someone from a Room, it automatically locks until they unlock it. That ensures that if trolls find your link, they can’t just keep joining from the web.

Choosing to create a separate and extremely prominent space for discovering Room above the News Feed reveals how seriously it’s taking this product. It could have made Rooms just another News Feed post that’s timeliness would get lost in the algorithm. Instead, it was willing to push the feed almost entirely off the start screen beneath the composer, Rooms, and Stories. Clearly Facebook sees sharing, ephemeral content, and synchronous connection as more key to its future than static status updates.

Facebook has been quietly working on Rooms since at least 2017, exploring how to make group chats discoverable. It tried a standalone app for group video chat discovery called Bonfire that year. In fact, Facebook launched a standalone app called Rooms back in 2014 for anonymous forums. The genius of this launch is how it combines three of Facebook’s biggest strengths to build a product that copies others but is hard to copy itself.

The ubiquity of its messaging apps and web compatibility make Rooms highly accessible, without the friction of having to download a new app.

The frequency of visits to its feeds and inboxes where Rooms can be found by the family of apps’ 2.5 billion users plus Facebook’s willingness to bet big by sticking Rooms atop our screen like it did with Stories could unlock a new era of spontaneous, serendipitous socializing.

The social graph we’ve developed with great breadth across Facebook’s apps plus the depth of its understanding about who we care about most allow it to reach enough concurrent users to make Rooms fun by intelligently ranking which we see and who gets notifications to join rather than spamming your whole phone book.

No other app has all of these qualities. Zoom doesn’t know who you care about. Houseparty is growing but is far from ubiquitous. Messaging competitors don’t have the same discovery surfaces.

Facebook knows the real engagement on mobile comes from messaging. It just needed a way to make us message more than our one-on-one threads and asynchronous group chats demanded. Rooms makes video calls something you can passively discover and join rather having to actively initiate or be explicitly pulled into by a friend. That could significantly increase how often and long we use Facebook without the deleterious impacts of zombie-like asocial feed scrolling.

For more of this author Josh Constine’s thoughts on tech, join his newsletter Moving Product