Prime Minister Boris Johnson took questions from the public in a phone-in broadcast on 5Live and the BBC News Channel on Friday.

Reality Check has been looking at some of the claims he made during the hour-long programme.

Stop and search and knife crime

Ivan, from Leicester, asked how the government would support communities “to address the rise in crime”.

The prime minister said he believed in “expanding stop and search” (he’d be able to do this in England and Wales). He claimed that he increased the use of the police tactic during his time as Mayor of London.

There have been numerous reports, including by the Home Office and the College of Policing which question whether there is a direct link between stop and search and crime reduction.

The prime minister also said the murder rate declined by 50%.

It’s worth noting that it was already decreasing when he entered office. 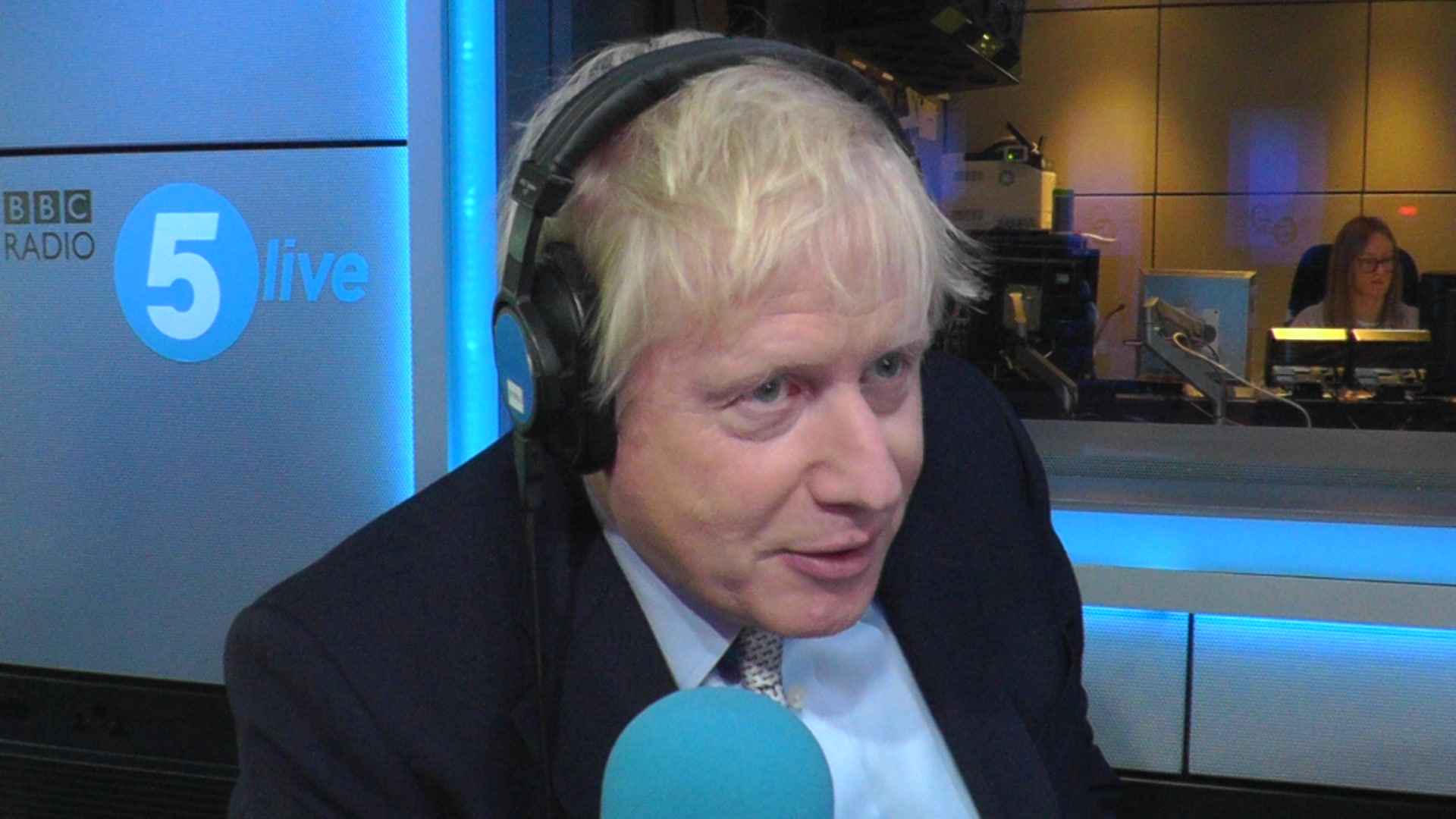 We’ll take back control of our VAT – we’ll be able to cut VAT on things that we currently can’t under EU rules – sanitary products, you name it.”

Taking back control of VAT

Craig, the owner of a small business in Crewe, asked how the government planned to help people like him with issues like VAT, after Brexit.

VAT is a tax, usually paid when buying goods or services.

Mr Johnson said: “We’ll take back control of our VAT – we’ll be able to cut VAT on things that we currently can’t under EU rules – sanitary products, you name it.”

He was challenged by the presenter who said that the UK can cut VAT on most things while still in the EU and he conceded that “we can on a lot of things but there are some things we currently can’t”.

According to EU law, EU Member States are required to levy a standard VAT rate of at least 15%. The UK’s current standard rate is 20% so the VAT on most things could indeed be cut by five percentage points.

There is another list of products, including sanitary products, for which the minimum rate is 5%, which is the current rate in the UK.

The EU is in the process of changing EU law so that VAT on women’s sanitary products can be reduced to zero. The proposals were published in January 2018 but the rules have not been adopted yet. 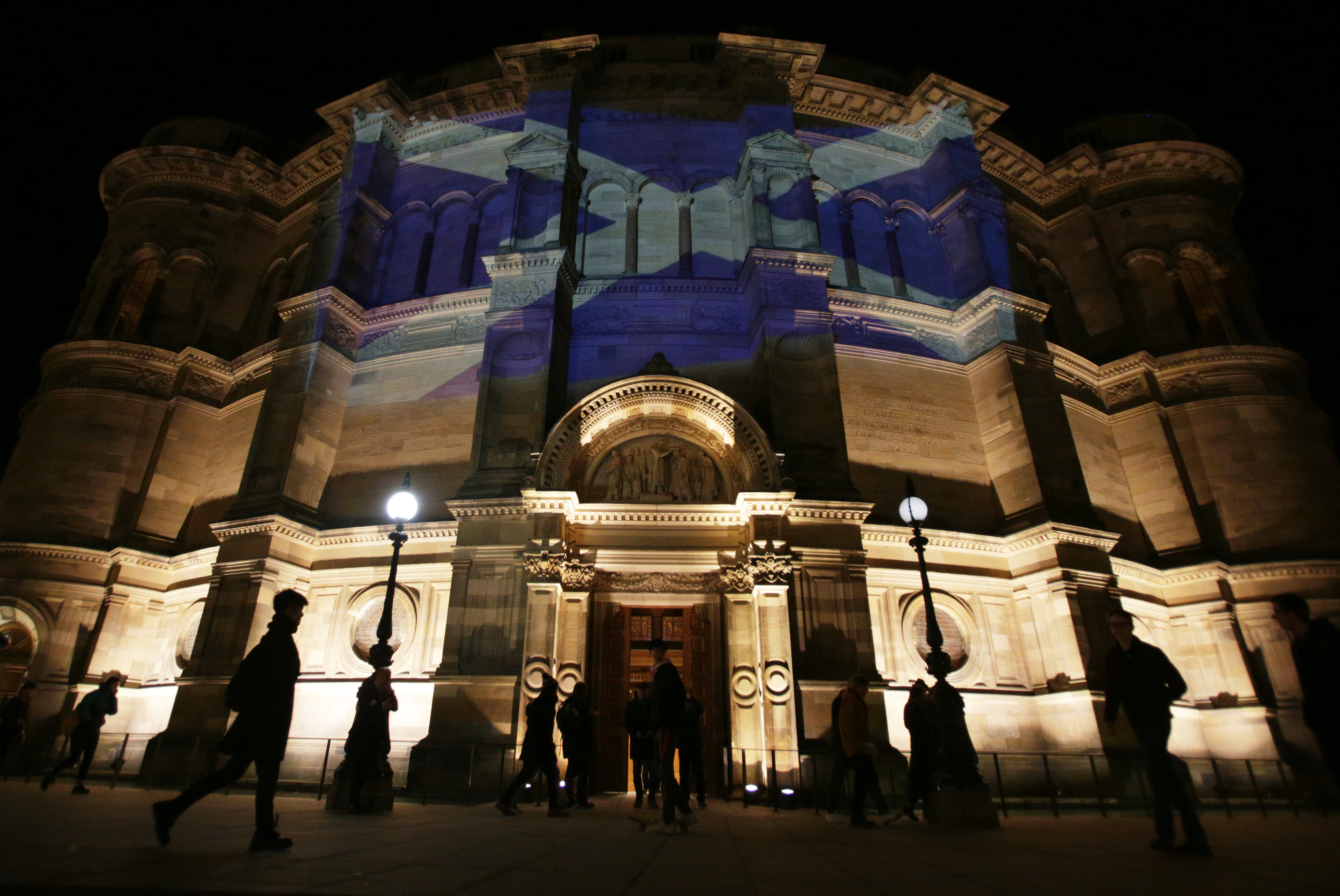 Boris Johnson told Jo from Glasgow that the Scottish National Party (SNP) wanted to force Jeremy Corbyn to go into a second Scottish referendum “next year”.

He said Mr Corbyn wouldn’t “have any power to resist that”.

On Wednesday, Mr Corbyn said he would “not countenance an independence referendum in the early years of a Labour government because our priorities will be elsewhere”.

Scottish First Minister Nicola Sturgeon has said the SNP would not help Mr Corbyn into power unless he accepted the “principle” of a second referendum.

In a scenario in which the Labour Party won a majority, that wouldn’t be an issue.

Roopam, who runs a nursery in Nottingham, asked Boris Johnson about his plans for funding childcare.

He said there would be more detail on childcare funding in the Conservatives’ manifesto but the caller pressed him on whether there would be an increase in the government funding rate.

The government started offering 30 hours of free childcare to most working parents of three to four-year-olds in England in September 2017.

It pays a national average of £4.98 per hour for places to local authorities, of which a minimum of 94% is passed on to providers.

Lobby group the Early Years Alliance, formerly the Pre-school Learning Alliance (PSLA), has said that the funding would not cover providers’ costs.

An evaluation of the scheme commissioned by the Department for Education found more than half of parents were being charged additional fees by childcare providers for the funded places.

What claims do you want BBC Reality Check to investigate? Get in touch