HOUSTON — Houston Texans quarterback Deshaun Watson has two home run-hitting wide receivers in Will Fuller and Kenny Stills, so star DeAndre Hopkins‘ role has been a little different this season. But it was a throwback night in the Houston Texans‘ 20-17 victory over the Indianapolis Colts on Thursday. 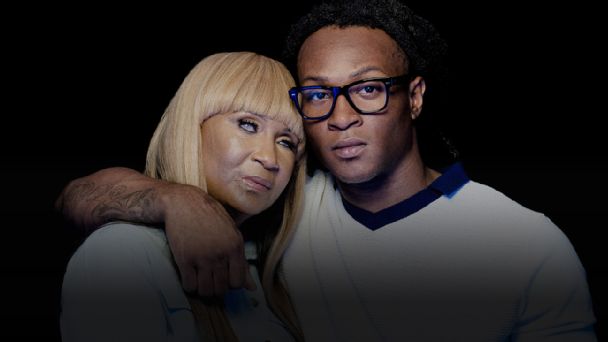 Mina Kimes: Texans receiver DeAndre Hopkins says he owes his career to his mom. When you hear her remarkable story of survival, you’ll understand his devotion.

Entering the game, Hopkins was averaging 9.9 yards per reception this season, well below his 14.1 average over his first six NFL seasons. But against the Colts, Hopkins had two huge plays that helped put the Texans into first place in the AFC South.

Earlier in the week, Hopkins called this a “must-win” game for Houston, given the Colts’ position in the standings. The teams had the same 6-4 record coming into the game, but Indianapolis held the tiebreaker because the Colts beat the Texans in Week 7. With Thursday’s victory, the Texans have a 74% chance to win the division, per ESPN’s Football Power Index; that number would have fallen to 20% with a loss.

Hopkins finished with six catches for 94 yards and two touchdowns; he had two touchdown catches in his previous nine games entering Thursday. He and Watson have combined for 24 touchdowns since Watson’s rookie season of 2017, which trails only Ben Roethlisberger and Antonio Brown (26) for the most in that span.

Hopkins has caught a touchdown in his past five games against the Colts. He didn’t have any in his first eight career games against Indianapolis.

Buy a breakout performance: Fuller had seven catches for 140 yards, and it wasn’t even his best game of the season — he had three touchdowns and 217 receiving yards against the Falcons — but it was his first game back since he injured his hamstring in Week 7 in Indianapolis, and his return was a huge factor. It was the most receiving yards by any player against the Colts this season. If Fuller can stay healthy — something he has struggled with during his NFL career — he will continue to play an important part in this offense, particularly deep down the field.

QB breakdown: Watson completed 19 of 30 passes for 298 yards with two touchdowns and an interception. He earned most of those yards downfield Thursday, completing all four of his passes on throws of 30-plus yards. Both of his touchdown passes came on those plays. According to ESPN Stats & Information research, that’s the most deep-ball attempts without an incompletion in a game since 2006, when the data became available.

Eye-popping NextGen Stat: According to NFL Next Gen Stats data, there was 5.2 yards of separation on Hopkins’ second-quarter touchdown catch, which is the most separation for a Texans wide receiver on a touchdown reception this season. The pass had an air distance of 49.5 yards. That was the second-longest scoring pass to a wide-open receiver (five-plus yards of separation) in the NFL this season behind a Tom Brady touchdown pass (50.9 yards) to Phillip Dorsett.

Troubling trend: A game after the Texans gave up 256 rushing yards at Baltimore, they gave up 175 yards in 39 carries to the Colts. Indianapolis had two rushing touchdowns Thursday, its first game against Houston with multiple rushing touchdowns since Week 16 of the 2007 season, according to ESPN Stats & Information research. On the Colts’ first touchdown drive, they ran on all seven plays for 42 yards. On their second touchdown drive, Indianapolis ran on 10 of the 11 plays for 59 yards. The Colts did this without starting running back Marlon Mack, who suffered a broken hand in Week 11.