Jilted bride is selling her unworn £1,800 dress after her fiancé dumped her for their newlywed wedding planner just weeks before the big day

By Danyal Hussain For Mailonline

A jilted bride has revealed she is selling her unworn dress after her fiancé left her for their newlywed wedding planner.

Donna Bettiss, 28, from Horsham, West Sussex was left devastated after partner James Routledge, 30, dumped her just weeks before their big day in 2018.

James left his wife-to-be to start a relationship with work colleague Paige Hannington, 27, who had helped the couple organise and plan their wedding.

Donna is now selling her unworn £1,800 wedding dress to get rid of ‘bad memories’.

Donna Bettiss, 28, from Horsham, West Sussex was left devastated after being dumped weeks before her wedding 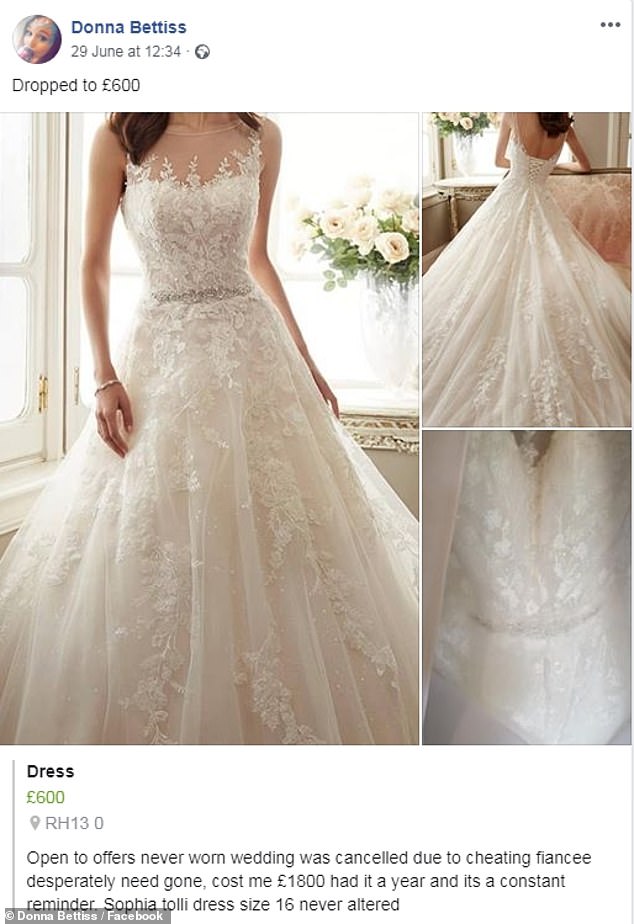 Paige would meet up with Donna to drink cocktails and discuss the wedding, with Donna describing her as a ‘massive help’.

The wedding planner was herself a newlywed and dumped her husband to start the relationship with James.

Donna and James got engaged six months after meeting in a nightclub.

She told the Sun: ‘We were both really, really happy and so madly in love — head over heels. I wanted to spend the rest of my life with him.

‘When James told me he didn’t love me any more and the wedding wasn’t going ahead, I was broken.

‘I collapsed on the floor and cried my eyes out. I went numb and sat in the same spot for four days.’ 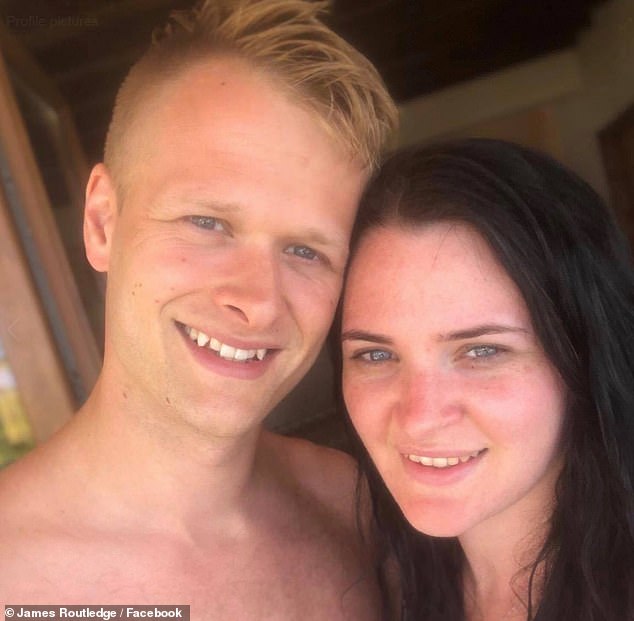 James Routledge, 30, left his wife-to-be to start a relationship with work colleague Paige Hannington, 27, who had helped the couple organise and plan their wedding

Donna has a new partner and wants to forget her aborted 2018 wedding by selling her dress.

She explained that she had left it at her uncle’s house until recently but it is now in her wardrobe and she wants to get rid of it because there are ‘too many bad memories’.

James and Paige are now engaged and have a daughter together.

They said that they were both unhappy in their previous relationships.

Photographer Paige added: ‘I told many friends I wanted to end my marriage, and I did. I saw James at work two or three days later and he told me he had left Donna. Nothing happened for four or five weeks.

‘James was quite fair. I wish Donna happiness.’