DENVER — The first completed pass of quarterback Patrick Mahomes‘ NFL career turned out to be a sign of things to come.

On a third-and-10 during the Kansas City Chiefs‘ opening possession of Mahomes’ first career start, he took a shotgun snap and fired into a small window between two Denver Broncos defenders, deep down the middle, to tight end Demetrius Harris for 51 yards.

In one throw on a 17-degree December day in Denver, the legend of Patrick Mahomes began.

“That pass told you everything you needed to know about him,” Chiefs guard Laurent Duvernay-Tardif said. “We knew he had a big arm and that he wasn’t afraid to use it. But it’s one thing to make that throw in practice and another to make it in a game situation. He delivered.”

Mahomes returns to the site of his first start when the Chiefs face the Broncos on Thursday Night Football (8:20 p.m. ET, Fox/NFL). On the surface, Mahomes’ debut during a meaningless Week 17 win at the end of the 2017 season wasn’t spectacular. He completed 22 of 35 passes for 284 yards and no touchdowns. He also had an interception early when he sailed a ball far over the head of an open receiver. He later blamed the interception on having too much adrenaline in his first NFL game.

But to people who were paying attention, there was no mistaking the Chiefs had something special in their rookie quarterback.

“I saw some of the throws he was making in that game and I was like, ‘This is ridiculous,'” ESPN analyst Louis Riddick said. “There were multiple throws where he left you thinking that he has no fear, that he didn’t have to be on schedule all the time, that he could throw the ball from so many different angles, that weren’t always with textbook mechanics but the ball always went exactly where he wanted. He could still get it done when things aren’t perfect.

“He makes plays like that look routine now. It wasn’t that hard after that game to see where he was heading.”

Mahomes’ debut was played largely out of sight. The Chiefs had clinched the AFC West so they held some starters, including veteran quarterback Alex Smith, out of the game. The Broncos were 5-10.

The Chiefs had been impressed with what they had seen from Mahomes in practice but wanted to see it at full speed.

“He just had this calmness about him and that seems to be natural for him,” tackle Mitchell Schwartz said. “He didn’t get intimidated by the moment and that’s something you want to see on the road in Denver. In practice, when he’s on the scout team, he can run around and chuck it and not really have to worry about things. The game is really when you get to know how someone can handle pressure situations. It was good to see. It was a fun game, and it turned out well.

“That kind of solidified his status and his ability to lead a team in the future. Things were smooth the whole week in practice and you appreciate that. That tells you he was doing stuff Monday and Tuesday to prepare for the game.”

The Chiefs, who had traded up to select Mahomes in the first round of the 2017 draft, had a looming decision to make about their future at quarterback. They could either proceed with Smith as their starter in 2018 or trade him and move to Mahomes.

They were leaning toward Mahomes before the Denver game, but his play that day left them with no doubt.

“I like the way he went about business,” Reid said. “We were able to take him and lead him into that game throughout the whole week. … What that did was it allowed you to get a feel for him for down the road, whenever that time was, and I liked what I saw and felt there. I think he handled things very well. Prepared to the ‘T’ on that, handled himself very well.

“I came out of that going, ‘You know what? This kid is ready to go. He’s ready to go ahead and lead.'”

The Chiefs removed Mahomes from the game in the second half when they held a 24-10 lead. He went back in the game with less than three minutes remaining after the Broncos had tied the score at 24.

Mahomes then drove the Chiefs down the field for a walk-off victory with a field goal as time expired.

“[Reid] helped call [plays] to my strengths and we had success and came out of there with the win,” Mahomes said.

On the winning drive, Mahomes completed 4 of 5 passes for 52 yards and had the Chiefs within field goal range with more than a minute remaining.

“After the first few throws of the game, you were like, ‘This kid is so different than anybody else I’ve ever seen.'” former Tampa Bay Buccaneers general manager Mark Dominik said. “They were dynamic throws and it felt like they were throws from a guy that had played in the league five or 10 years. He saw it from that perspective. He didn’t check it down because it was safe. You could tell that wasn’t his mentality. 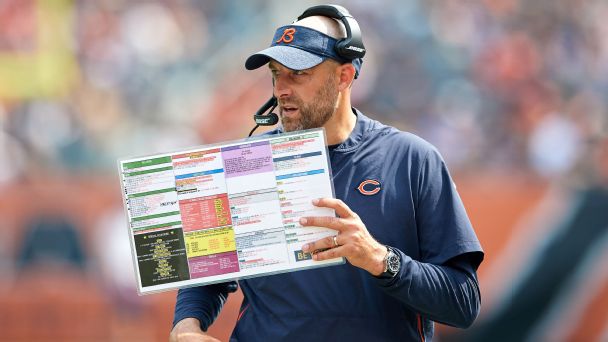 “The velocity and the guts and the decision-making and the ability to throw guys open even if he didn’t hit them all, it was just like ‘Wow.’ You just don’t see at that level at that age. You just don’t. Those were low-probability throws. The aggressiveness for him to do it, to me, just said that’s why they thought he was Brett Favre.”

With Mahomes back on the bench, the Chiefs would go on to lose to the Tennessee Titans the next week in the first round of the playoffs. Smith was soon traded to Washington and any lingering disappointment from the playoff loss was tempered by the change at quarterback.

The Chiefs moved on to Mahomes without any fear for their future.

“Everybody knew he had something special going on,” Duvernay-Tardif said. “He played an awesome game, won the game for us. Everybody was impressed. When Alex got traded, it didn’t surprise anybody. We knew we were going to be OK with him at quarterback.”