By Luke Andrews For Mailonline

A man in his early 20s has died after being stabbed multiple times in southeast London, marking the 75th murder to hit the capital this year.

Scotland Yard said they were called to the stabbing at 2.40pm yesterday on Tellson Avenue, Greenwich.

The victim was rushed to hospital but died six hours later.

It follows the fatal shooting of a man in his early 20s, in Wembley, on Sunday. 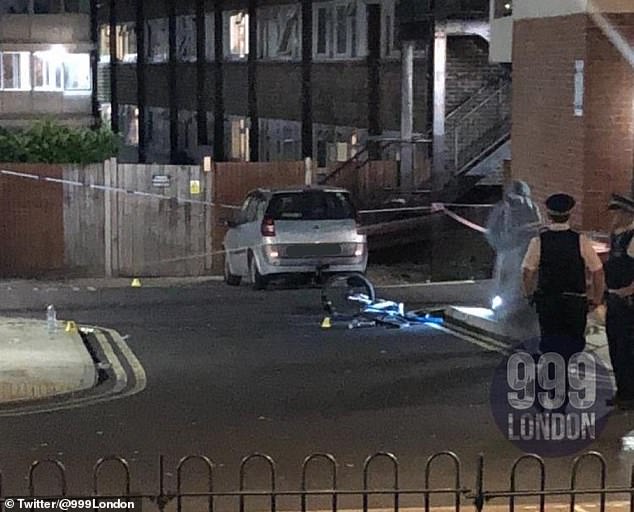 A crime scene is still in place on Tellson Avenue, Greenwich, where a man in his early 20s was stabbed to death this afternoon. Forensic teams and officers are pictured scanning the area for clues 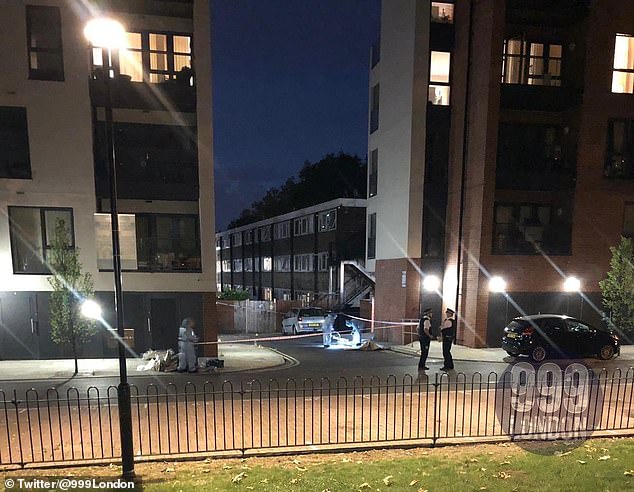 Police pictured at the scene this evening in Greenwich. The man was rushed to hospital but was pronounced dead six hours after arriving 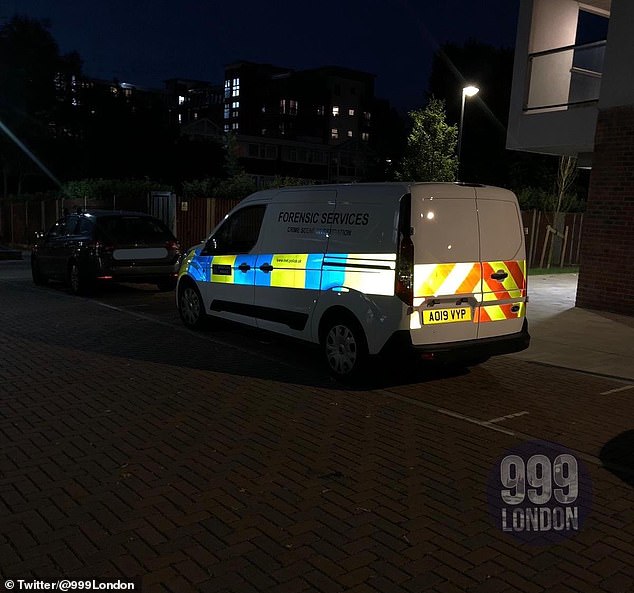 A forensic services police van has also been pictured at the scene. Police said they believe that the man was stabbed in an alleyway

Police and the London Ambulance Service rushed to the scene, and transferred the victim to a south London hospital.

Officers said they believed the stabbing happened in an alleyway.

No arrests have been made at this stage and a crime scene remains in place.

The Met’s Homicide and Major Crime Command has been informed and enquiries are said to be continuing.

The victim’s next of kin have also been informed, with formal identification and a post-mortem still to take place. 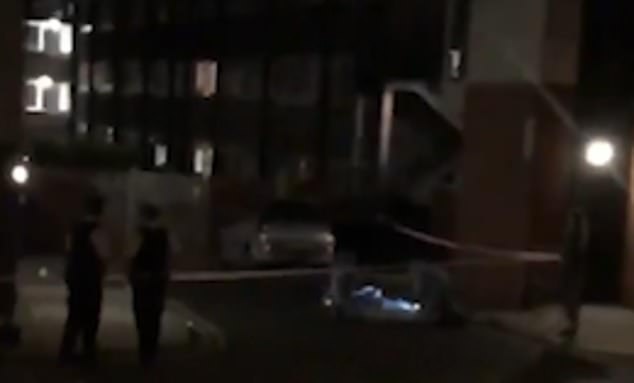 Police were called to this scene on Monday after gunshots were heard in Finsbury Park, North London, on Monday. A 30-year-old man and another in his 20s were rushed to hospital after suffering injuries 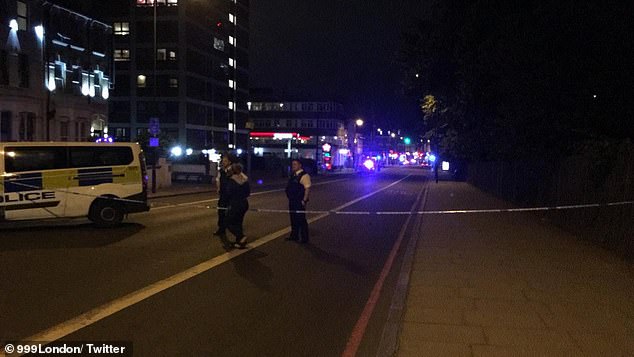 Police brought in stop and search powers after the incident at about 9.45pm on Monday

On Monday a man was shot and a second stabbed in another night of violence in the UK’s largest city.

The attack in Finsbury Park, north London, at 9.45pm has led officers to bring in stop and search powers in the area for 18 hours.

A 30-year-old man with a non-life-threatening stab wound was taken to an east London hospital, with police saying he is in a stable condition.

A second man, believed to be in his 20s, was found nearby with a gunshot wound. He was also taken to hospital with injuries not thought to be life-threatening.

A section 60 order, granting police special search powers, was issued for the area around Finsbury Park and Seven Sisters Road from 11am on the morning of the attack until 5am the next day.

Photographs shared on social media showed police officers standing guard in the area as emergency service vehicles lined the street. No arrests have been made.

Transport for London said Seven Sisters Road was closed, with buses 29, 253, 254 and 259 on diversion and missing stops between Blackstock Road and Green Lanes. 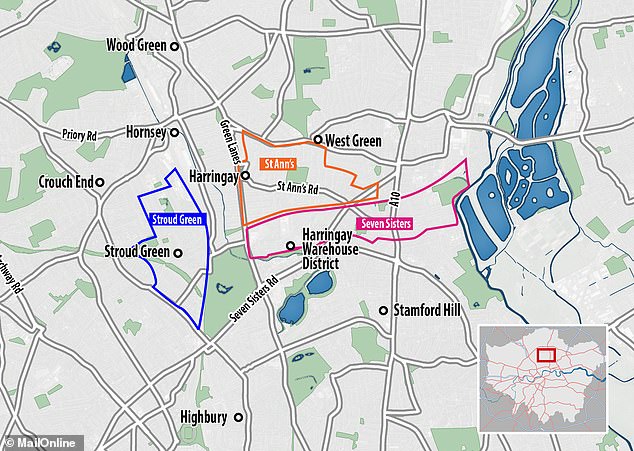 A section 60 order, granting police special search powers, was issued for the area around Finsbury Park and Seven Sisters Road 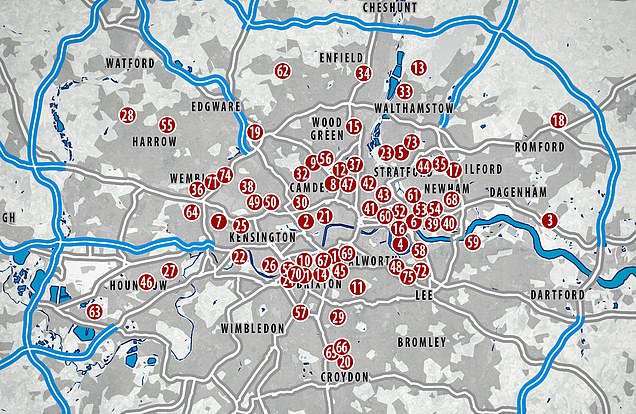 A Scotland Yard spokesman said: ‘Officers remain in the area and a crime scene is in place. There have been no arrests and inquiries continue.’

It comes after a week of bloodshed that has seen five murders since last Wednesday – with two in Wembley and one in each of Wandsworth, Blackheath and Leyton.

There have been 74 murders in London so far this year. Last year 135 people were murdered or unlawfully killed in the capital, which was the highest total since 2008.

Any witnesses to the incident or people with information are asked to call 101 quoting 4835/10JUL, Tweet @MetCC or call Crimestoppers anonymously on 0800 555 111.