Quick-hit thoughts and notes around the New England Patriots and NFL:

1. Ready to seize his chance: Becoming a starting quarterback in the NFL is hard enough. Filling the void created by Tom Brady‘s free-agent departure makes it that much harder.

Jarrett Stidham is the leading candidate to fill that role, and his former coach, Auburn’s Gus Malzahn, believes he has the makeup to succeed. 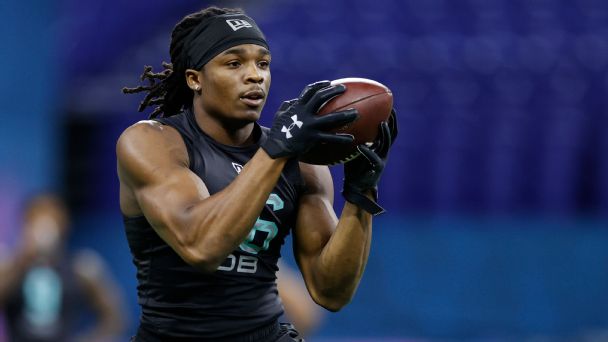 “It definitely helped him to learn under the best and see what that looks like, but he’s the kind of young man, too, this is what he’s been waiting on. I’ll tell you, the moment won’t be too big for him. He’ll be up to the challenge, that’s what I expect,” Malzahn told ESPN.com.

“Even when he got here, before he played his first game, you could just kind of tell he was a mature young man. Like a gym rat, always at the complex trying to learn, study film. When he got drafted by the Patriots [in 2019], I thought it was a perfect spot for him system-wise — spreading the field. He’s so good with protections, changing protections, and scheme-wise everything that goes with it, and just the flexibility the scheme gives him. I think that really applies to his strength.”

Stidham turns 24 on Aug. 8 — which is five days after Brady will turn 43 — and he made an impression on veteran teammates such as Patriots safety Devin McCourty last season.

That doesn’t surprise Malzahn based on what he saw at Auburn.

“He’s a people person, too. He has the ability, right off the bat, to develop relationships. People rally around him,” he said. “When he first got here, he had spent one-on-one with the coaches, one-on-one time with the players. He just has that ability that people want to follow him.

“In 2017, he had an outstanding year. He played his best football in our biggest games. Of course, we beat our two rivals and went to the SEC championship game. Had a great year. The next year, our top two receivers tore their ACLs in the spring, so that was kind of tough on him. But he did a great job when he was here.”

2. Transitioning to post-Brady life: Patriots defensive tackle Lawrence Guy said one of the benefits of the team’s virtual offseason program is that players might feel more comfortable asking questions because it is a more protected setting, while McCourty cited perhaps an even more important part: It has accelerated the process of transitioning without one of the NFL’s most iconic players — Brady. “One of the biggest things we have to do as a team, and as players individually, is move on, lock in, and get focused on life without Tom,” McCourty told Chris Carlin on ESPN Radio 98.7 in New York. “Not just to harp on it, and talk about it, but to actually move on and try to prepare. I think the virtual meetings have been good for us to start that process.”

3. Dugger breaks the mold: The Patriots’ selection of Division II Lenoir-Rhyne safety Kyle Dugger with their top pick (No. 37, second round) broke the mold in more ways than one. Of the 255 players selected in the draft, 246 were from Division I schools. Also, having turned 24 in March, Dugger is easily the oldest player coach Bill Belichick has selected with the team’s top pick — falling into a rare category of overage Patriots draftees that includes offensive linemen Nick Kaczur (26 in 2005 third round) and Sebastian Vollmer (25 in 2009 second round). For context, receiver N’Keal Harry was 21 when the Patriots made him their first-round pick in 2019. One reason Dugger fits well for the Patriots: They have used five defensive back packages — often with three safeties — more than most teams in the NFL in recent years. 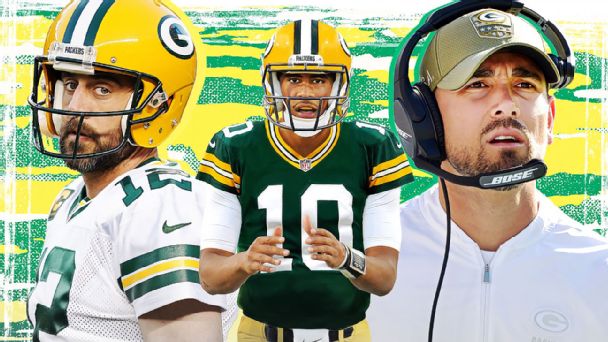 • Inside Packers’ gamble on Jordan Love
• Jets’ Mekhi Becton: ‘When he walks in a room, you feel it’
• ‘Moment won’t be too big’ for Jarrett Stidham, says his former coach
• Fun and football: The legacy Joe Staley leaves on the NFL
• Frank Reich makes progress on makeover of Colts’ offense

4. Confidence in Cassel from ’08 applies today: When Brady tore an ACL in the 2008 season opener, Belichick had a couple of free-agent quarterbacks lined up to fly to town, only to reverse course at the last minute by telling them to stay home. In essence, it was Belichick decisively putting his support behind backup Matt Cassel to fill Brady’s void, a no-panic approach and message that resonated throughout the locker room. I thought of that this week as questions surfaced about whether the Patriots might consider signing a free-agent quarterback such as Cam Newton or Andy Dalton to supplement Stidham and Brian Hoyer. The Patriots don’t seem inclined to go there, and one could easily draw a parallel to 2008; another telltale sign of support and belief in what they have on the roster, starting with Stidham.

5. More Auburn Tigers: The Patriots have had an undrafted free agent make their initial 53-man roster for 16 straight years, which is the third-longest streak in the NFL behind the Chargers (23) and Colts (21). Auburn’s Nick Coe (defensive line) and Will Hastings (wide receiver) are two of the 16 candidates to do so this year, and Malzahn shared his insight on both:

6. Could Thomas be this year’s Jackson?: Cornerback J.C. Jackson is a good example of a talented prospect who would have been drafted in 2018 if not for non-football reasons, and that has turned out to be a good investment for the Patriots. Could University of Miami receiver Jeff Thomas be this year’s version of Jackson? One NFL scout pointed to Thomas as a player who likely would have been drafted if solely for football, but his dismissal from Miami’s program at the end of his sophomore season contributed to him not being picked (he returned to the Hurricanes in 2019 under a different coaching staff and served a two-game suspension last season as well). The 5-foot-8, 170-pound Thomas is fast, shifty and explosive, with the possibility of bringing a dynamic playmaking element to an offense that lacks that type of threat. Teams are often more comfortable taking risks with undrafted players than draft picks, and the Patriots bringing Thomas aboard falls into that category.

7. Did You Know: Thomas was one of 103 underclassmen who declared for the draft. Of that group, 72 were selected.

8. All-Decade Team for 2010s: The Patriots announced their All-Decade Team for the 2010s, which was selected by a committee of former players, team staffers and reporters that meets annually as part of the team’s Hall of Fame committee. There weren’t too many contested spots, but a few of the close calls included:

9. Parcells, Seymour and Vrabel down to the wire: This is the final week for fans to vote on the one inductee for the Patriots Hall of Fame, and all three finalists are deserving — Bill Parcells, Richard Seymour and Mike Vrabel. These were the three finalists on my ballot. Throughout the process, I’ve been struck by the lack of public buzz for Seymour, who was one of the franchise’s most talented players. Belichick wrote a letter supporting Seymour’s candidacy for the Pro Football Hall of Fame, where he has been in the final 10 the past two years, which should only strengthen Seymour’s chances to earn a red jacket in Foxborough, Massachusetts.

10. Schedule release: Barring a change, the NFL expects to release its 2020 regular-season schedule by May 9, and everyone will be crossing their fingers that a full season actually takes place. The first thing I’ll be looking for with the Patriots’ slate is if any of their long-distance road games are stacked back-to-back — similar to 2008 and 2014 when they stayed on the West Coast between games. Players cited the team-bonding aspect of those weeks.