Amanda Nunes proved once again on Saturday night that she is the greatest fighter in the history of women’s MMA.

That’s saying something. But it’s not saying enough.

Step aside, gentlemen of the GOAT discussion, and make room for one more entry. Nunes’ greatness transcends. She belongs in an overall conversation about the top fighters in MMA history, one that recognizes the achievements of both men and women. Is she the No. 1 fighter of all time? That’s an awfully high bar to clear, but I’m here to say Nunes ranks in the top five, no “female” qualifier attached.

Nunes’ unanimous-decision victory over Felicia Spencer in the main event of UFC 250 on Saturday night was total destruction. The two-division champion built a 21-2 advantage in significant strikes in Round 1, and it was all downhill from there for Spencer, who showed resilience in going the distance but was outgunned in every facet of fighting. Nunes attacked her featherweight challenger from every angle with punches to the head, kicks to the lower leg, lead elbows, even spinning kicks. She even beat Spencer at her own game, grappling, scoring six takedowns and fending off all seven of Spencer’s attempts. 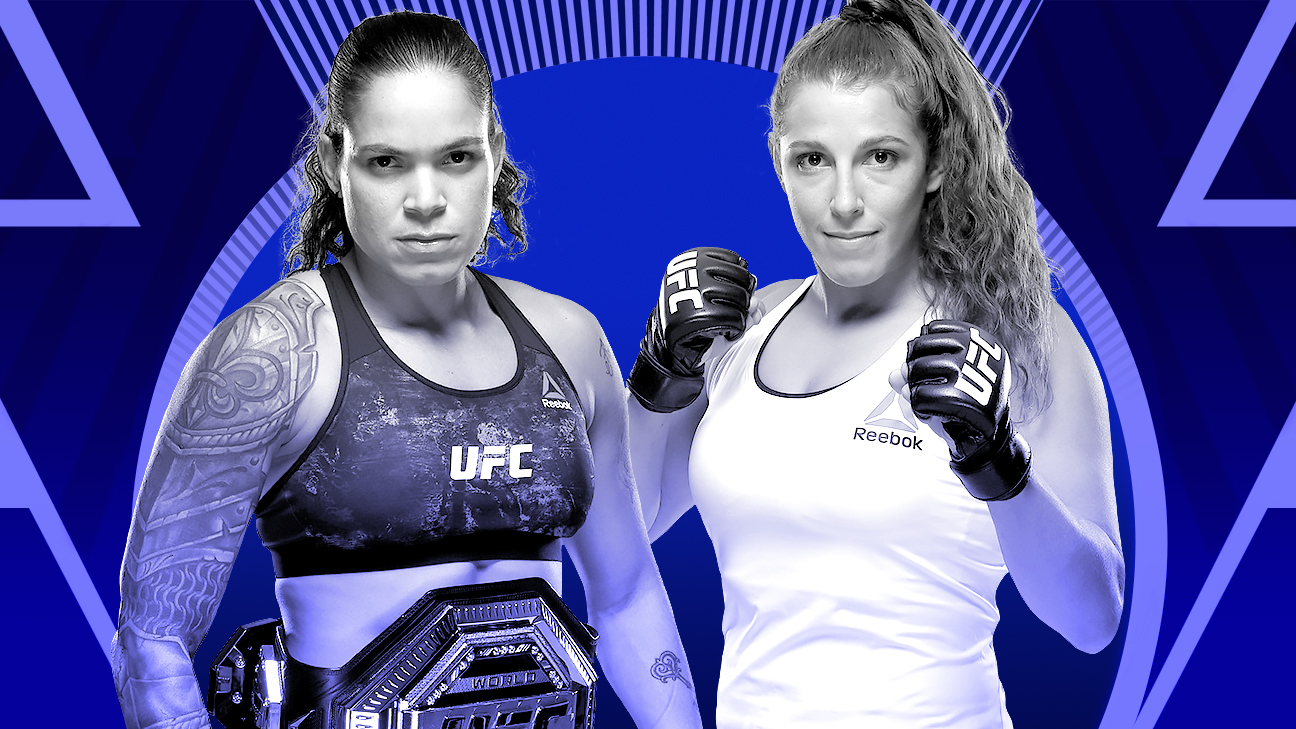 The fight was one-way traffic for 25 minutes. Nunes, a smirk across her face throughout, showed off an aggressive dominance that proved her women’s GOAT status is too mild an accolade. She warrants more.

For many longtime followers of the sport, the decision on who’s No. 1 all time often comes down to Jon Jones vs. Georges St-Pierre. If sustained dominance is at the top of your list of criteria, Jones is your man. If the two drug test failures trouble you, then it’s GSP.

Beyond those two? Anderson Silva usually gets enthusiastic consideration, and there’s much support for Demetrious Johnson and, among old-school fans, Fedor Emelianenko. That’s a magnificent top five. But it’s missing somebody.

Nunes is not on any such list that I’ve seen. She should be. After becoming the second fighter to successfully defend titles in two divisions, she’s earned her place.

Yet there long has been a reluctance, among fans and media, to include women in this conversation. I’ve been following MMA since UFC 1 in 1993 and have been writing about the sport for over a decade. One thing above all else has got me in hot water with fans: ranking a woman among the overall best.

While writing for Sports Illustrated in 2012, I was on a panel of two dozen media members polled each month by Yahoo! Sports for what at the time were the definitive pound-for-pound MMA rankings. There was just one Top 10. It wasn’t labeled as a “men’s” ranking, but only male fighters were on it. Until, that is, two of us dared cast a vote for Ronda Rousey. All she had done was win her first six career bouts by submission, five of them ending in less than a minute.

Oh, boy, the emails I received!

“Listing Rousey in the P4P ranking,” said one of the few of the notes with language appropriate for reprinting on a family website, “suggests that you think she could beat ALL of the 135-pound men ranked below.”

Well, no, not really. I also had ranked the UFC men”s flyweight champion at the time, Demetrious Johnson, above then-heavyweight champ Cain Velasquez. And I certainly did not believe a 125-pound “Mighty Mouse” would have been too much for Velasquez — twice his size — to handle.

Yet no one ever challenged or ridiculed me for my lofty ranking of the diminutive Johnson. Fans understood that I was assessing these fighters’ achievements within the silos of their own weight divisions. But folks seemed to understand that only as it related to male fighters.

UFC president Dana White famously said in 2011 that women would “never” fight in his company. Then he met Rousey, and she quickly became his first crossover star. But she was a celebrity outlier. When recognition comes to female fighters, it’s typically restricted to the afterthought corner of the game.

Female fighters have been fighting an uphill battle. But Nunes is winning that battle by erasing any lingering question marks left by her predecessors.

Consider the case against ranking Rousey. Despite the fact that she gradually found support among media panel voters, there was a fair case to be made against her, especially early on. Women’s MMA was young, and she was not facing the depth of competition that many of the top men were facing. What earned her a place in the rankings was her utter dominance. At one point, she finished three straight challengers in 16, 14 and 34 seconds. That’s a run of superiority that none of the top men could even come close to matching. Still, ranking her or not ranking her was a close judgment call.

But times have changed. Nunes has an ironclad case.

She seized the mantle of all-time supremacy in women’s MMA in December 2016, and did so emphatically, with a 48-second knockout of Rousey. Two years later, she needed just 51 ticks of the clock to KO the other GOAT candidate, Cris Cyborg, who had not lost since her professional debut over a decade earlier.

Those monumental victories alone should situate Nunes above many male greats. But there is more to consider.

Since its inception in 2012, the UFC women’s bantamweight division has had just four champions, the others being Rousey, Holly Holm and Miesha Tate. Nunes has beaten each of them, all in the first round, one by submission and two by knockout.

The UFC women’s featherweight division, which launched in 2017, has had three champs, and Nunes defeated both of the others, Cyborg and Germaine de Randamie.

She has all but cleared out two divisions. And Nunes also owns two victories over the reigning flyweight champion. They were Valentina Shevchenko‘s only losses in a decade.

Stack those accomplishments alongside the resumes of the top male fighters.