Bottom 10 Inspirational Thought of the Week

As we got on the floor, was embarrassing, trust me
The saleswoman walk me straight over to Husky
I still got stonewashed denim, Bobby Brown patent leather
Members Only jacket, ain’t nobody fresher than me

I said I got on my good clothes

Here at ESPN’s Bottom 10 headquarters, located in a room above the dry cleaners where SVP has his neckties steamed, we are floating on a cloud of perchloroethylene, overcome with excitement about the further expansion of the Bottom 10 Cinematic Universe into the world of the NBA.

Has there ever been a better time to appreciate the style and fashion of the league than right now, when we’re all quarantined at home watching classic “The Last Dance” footage of Michael Jordan and his teammates dressed to the nines in their silk suits and berets?

And then, when we look down at ourselves on the couch, wiping away the Fritos crumbs to take a look at the tank top and pajama bottoms we’ve been wearing for 47 consecutive days, has there also ever been a better time to appreciate the NBA’s on-court apparel misfires? You know what we’re talking about. Those jerseys that were so heinous that even Dwayne Schintzius would shout “Damn, that’s ugly!” as he moussed up his mullet on the bench.

So, slide on your favorite Emeka Okafor Charlotte Bobcats jersey and that well-worn pair of technicolor Alex English Denver Nugget short-shorts and read ahead. With apologies to Alexander Julian, Benjamin Russell and Steve Harvey, here’s the All-Time Bottom 10 NBA Jerseys.

MORE: The top 74 jerseys of all time 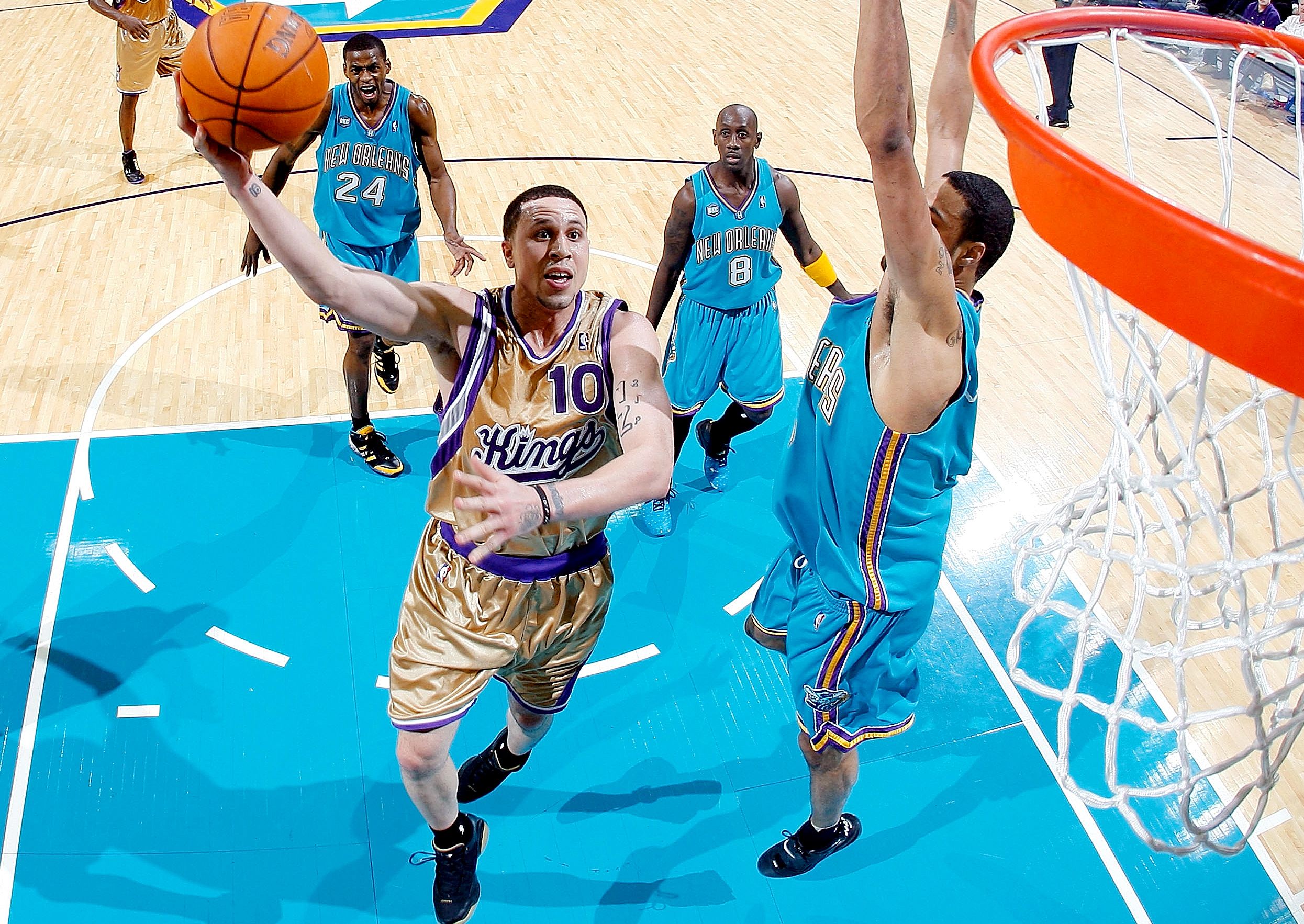 When I was in college, my roommates and I spotted a couch that had placed on the curb across the street from our dorm. It was full of holes and I’m pretty sure full of bedbugs, but we carried it up the stairs into our room.

Instead of buying slipcovers, we just took the gold faux silk sheets off the bed of our roommate named Dirty and threw them over the furniture. They were loose fitting and so slick we kept sliding off our seats and onto the floor.

A decade later, Dirty called me on the phone. “Hey man, the Sacramento Kings are on TV and I think Shareef Abdur-Rahim is wearing my college bed sheets.”

These droid-metal Mavs uniforms were so awful that team owner Mark Cuban ordered them scrapped after only one game. There’s a photo from that game where Dirk Nowitzki is driving by the Lakers bench and Phil Jackson is staring at the shiny, fluid material, clearly wondering if he might be experiencing an acid flashback. 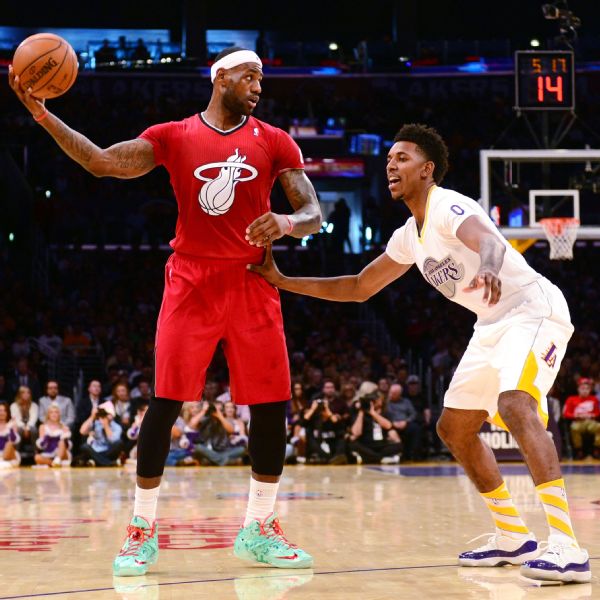 ‘Twas the evening of Christmas and throughout every game,
All the jerseys were horrid and exactly the same.
Then I heard LeBron James exclaim as he hung 19 on the Lakers,
“Is this a T-shirt from the gift shop? We look like hoops fakers!”

WARRIORS! COME OUT TO PLAY-AYYYYY! Oh … no … wait … go back inside and change. Then you can come out and play.

These were the first sleeved jerseys in modern NBA history. They probably should have been the last. It’s no wonder Golden State started winning titles shortly after ditching these. 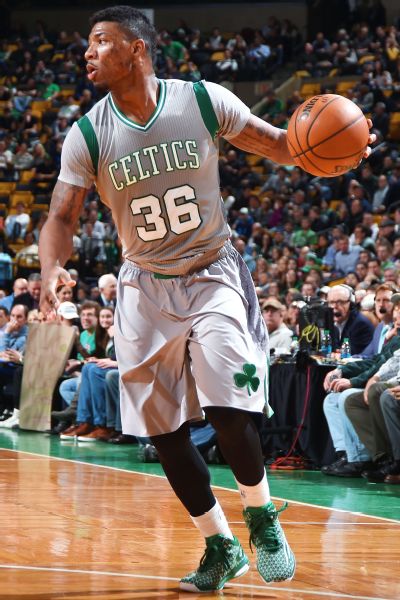 Classics that we once believed could never be ruined, but for at least a brief moment were in fact totally ruined: Ford Mustang in 1974, Coca-Cola in 1985, Godfather movies in 1990, the Batmobile in 1995 and the uniform of the Boston Celtics in 2014-15. They were the embodiment of our feelings about that other ruined stuff: gray and confusing.

The rectangular chest logo worn by Blake Griffin and Chris Paul was supposed to read “LAC” for Los Angeles Clippers, but looked much more like ‘CLA,” as in the California Library Association.

As any Los Angeles librarian will tell you, in the Dewey Decimal System these CLA jerseys are filed under 812.5, with the other American tragedies.

The Cavaliers wore these shirts — described officially as “gold with wine stripe” — for two seasons. During that span, Cleveland posted a combined record of 39-126.

I’m assuming the wine stripe came from what was spilled on them as they drank to forget the games they’d just played.

(Editor’s note: the road version of this jersey is pictured here.) 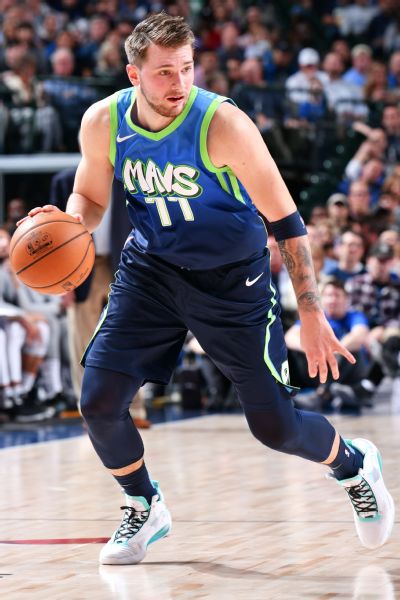 Tex Moton has long been a leader of Dallas’s renown street art scene, spending more than 25 years decorating Big D with his handiwork and inexplicably forced during most of that time to duck, dip, dive and dodge city officials who have never embraced the idea of street art. Unfortunately, the one time we needed them, they were not able to keep Moton from the Mavericks’ locker room last November.

Against a backdrop that looks like a red unitard from a distance, a blue basketball appears to be travelling through a time-space portal that will launch the ball off the player’s left shoulder, presumably via the speed it built up traveling through the Daytona 500-like lefthander sewn directly over that same player’s crotch.

If you went to a sci-fi movie in 1975 and they had a scene portraying what basketball would be like in 2015, this was the costume they likely had on.

That or the designer just really loves pinball machines. 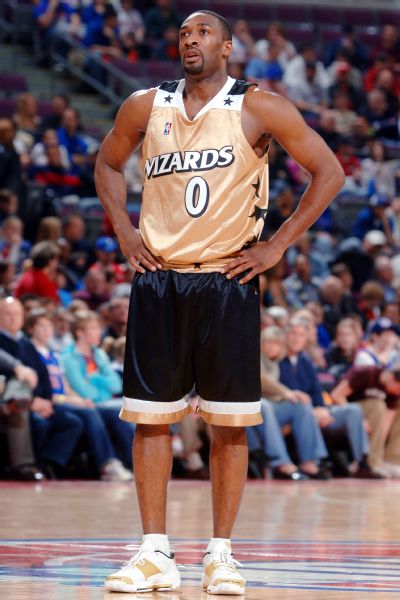