A report into a green energy scheme that contributed to the collapse of Northern Ireland’s government in 2017 is due to be published later.

The findings of the inquiry into the Renewable Heat Incentive (RHI) scheme will be outlined at Stormont.

The scheme was set up to encourage the use of renewable energy sources, but it closed to new entrants in 2016 amid concerns about the potential cost.

A public inquiry into the scheme was set up in 2017, led by a retired judge.

Forty eight individuals and organisations have been given advance warning that they will face criticism in the findings.

When the report is published on Friday, much of the media focus will be on what it says about Democratic Unionist Party (DUP) leader Arlene Foster and other party figures.

Mrs Foster was the minister in the Enterprise Department that was responsible for the botched green energy scheme. Her party was in a confidence-and-supply arrangement with Theresa May’s Conservative government from June 2017 until December 2019.

It was alleged, during the RHI inquiry, that DUP special advisers conspired to delay cost controls in the lucrative scheme.

At one point, it was estimated that the overspend on the poorly designed scheme could be up to £700m over 20 years – to be paid from Stormont funds.

Scheme changes and deep cuts to subsidies eliminated that risk, but the debacle still cost Stormont about £30m.

Another focus of the report will be the competence of the Northern Ireland Civil Service which was responsible for the design and governance of the project.

The inquiry findings are the culmination of more than three years of work by a team led by Sir Patrick Coghlin.

They looked at the design, operation and closure of the RHI scheme, that was set up by the Northern Ireland Executive in 2012.

Design flaws, oversight arrangements, poor governance, confusion over the budget and allegations of fraud and greed were all aired. There was the mistaken belief that London was paying the bill, not Stormont.

There were also claims that information, inappropriately shared from inside government, led to a massive spike in applications to beat proposed subsidy cuts. 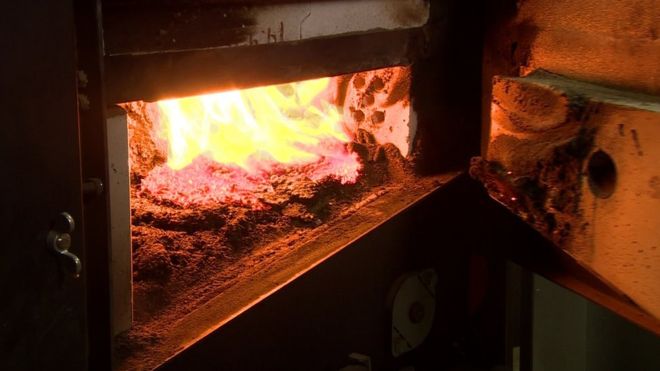 The scheme paid 1,200 businesses to switch from oil and gas to what was meant to be environmentally friendly heating, using wood pellet boilers. Some businesses put in multiple boilers.

But the subsidy payment was higher than the cost of the fuel, creating an incentive to use the boilers to generate income.

It became known as “cash for ash” and a lack of cost controls meant it threatened a massive overspend on the Stormont budget.

The inquiry took evidence from high-profile politicians, civil servants and consultants who designed the scheme, and administrators who ran it.

Its findings will address whether people involved acted professionally and ethically and whether their behaviour was compliant with codes of conduct for ministers, advisers and others in public life.

It is likely to be critical of the power exercised by unelected special advisers or Spads; the level of ministerial scrutiny of RHI policy; the fact that a whistleblower was ignored; the vigorous promotion of the scheme by the Agriculture Department at a time when the Enterprise Department was trying to rein in spending; and a lack of rigour, transparency and accountability in the policy-making process.

The RHI scheme caused huge public controversy in 2016 following a claim that a business was being paid £1m over 20 years to heat an empty shed. That allegation was never proven.

Scheme participants say the subsidy cuts implemented were totally disproportionate. They have brought average annual payments for the most common boilers down from £23,000 to £2,200.

That has led to tens of millions of pounds of unspent budget for support of renewable heat in Northern Ireland being returned to the Treasury.

Boiler owners are set to go to court in the summer to challenge the tariff changes.

The Renewable Heat scheme was closed to new claimants in February 2016.

The New Decade New Approach deal, that restored the Stormont institutions in January, recommended it be shut down completely and an entirely new scheme be established.