International travellers could face fines of £1,000 if they fail to self-isolate for 14 days after arriving in the UK, the government is expected to announce.

Visitors would be asked to share their contact details under the measures, with health officials performing spot checks to ensure they are complying with the rules.

The policy, which will be introduced early in June, is set to be unveiled by Home Secretary Priti Patel at the daily Downing Street briefing this afternoon. 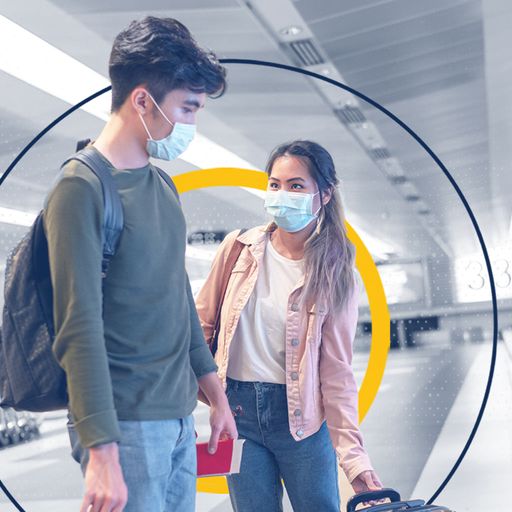 Road hauliers and medical officials are going to be exempt from the new restrictions, and the common travel area with Ireland will be unaffected.

Despite London and Paris holding discussions about a possible exemption, it is believed that the quarantine measures will apply to arrivals from France.

In his address to the nation on 10 May, Prime Minister Boris Johnson had warned it would soon be time to “impose quarantine on people coming into this country by air” as the UK tries to keep coronavirus transmission rates down.

Speculation of a 14-day self-isolation period sparked an angry response from the already embattled aviation industry, with Ryanair boss Michael O’Leary describing the plan as “idiotic” and “unimplementable” earlier this week.

The trade body Airlines UK had echoed these remarks, warning that mandatory quarantine measures “would effectively kill” international travel to and from the UK.

On Thursday, some airlines had announced tentative plans to start resuming flights.

EasyJet confirmed plans to offer a limited schedule of predominantly domestic flights from the middle of June, with just one international service connecting London Gatwick and the French city of Nice.

Passengers and crew will be required to wear masks in airports and on aircraft, and no food will be sold during the flights.

Ryanair is preparing to restore 40% of its flights from 1 July, while British Airways is due to make a “meaningful return” to service in the same month.

Meanwhile, the government is set to publish the scientific advice underpinning its decision to reopen schools to some children on 1 June.

Classes are set to resume for pupils in nursery, reception, Year 1 and Year 6, with unions pressuring the government to present evidence that shows this is safe.

A final decision on whether to go ahead with reopening schools is expected to be taken by the government on or before May 28 after the most up-to-date scientific evidence has been reviewed.

Some councils – predominantly Labour-run local authorities in the North of England – have ruled out a wider reopening from 1 June.

Yesterday, Health Secretary Matt Hancock shared findings of a study suggesting that at least 5% of people in the UK have now developed COVID-19 antibodies, rising to 17% in London.

He also confirmed that more than 10 million antibody tests are going to be rolled out from next week, and revealed that certificates are being looked at for people who test positive for antibodies.