The U.S. Soccer Federation’s (USSF) board of directors is considering the possible repeal of its policy requiring national team players to stand during the national anthem, according to multiple sources.

At the urging of USSF president Cindy Parlow Cone, the board will meet via conference call Tuesday to discuss the policy, sources said. The board probably will take a formal vote Friday.

If the board votes to repeal the policy, it would take effect immediately, but it would still have to be voted on at the next annual general meeting, scheduled to take place in February or March. At that point, the National Council could either back the repeal or vote to keep the policy in place. 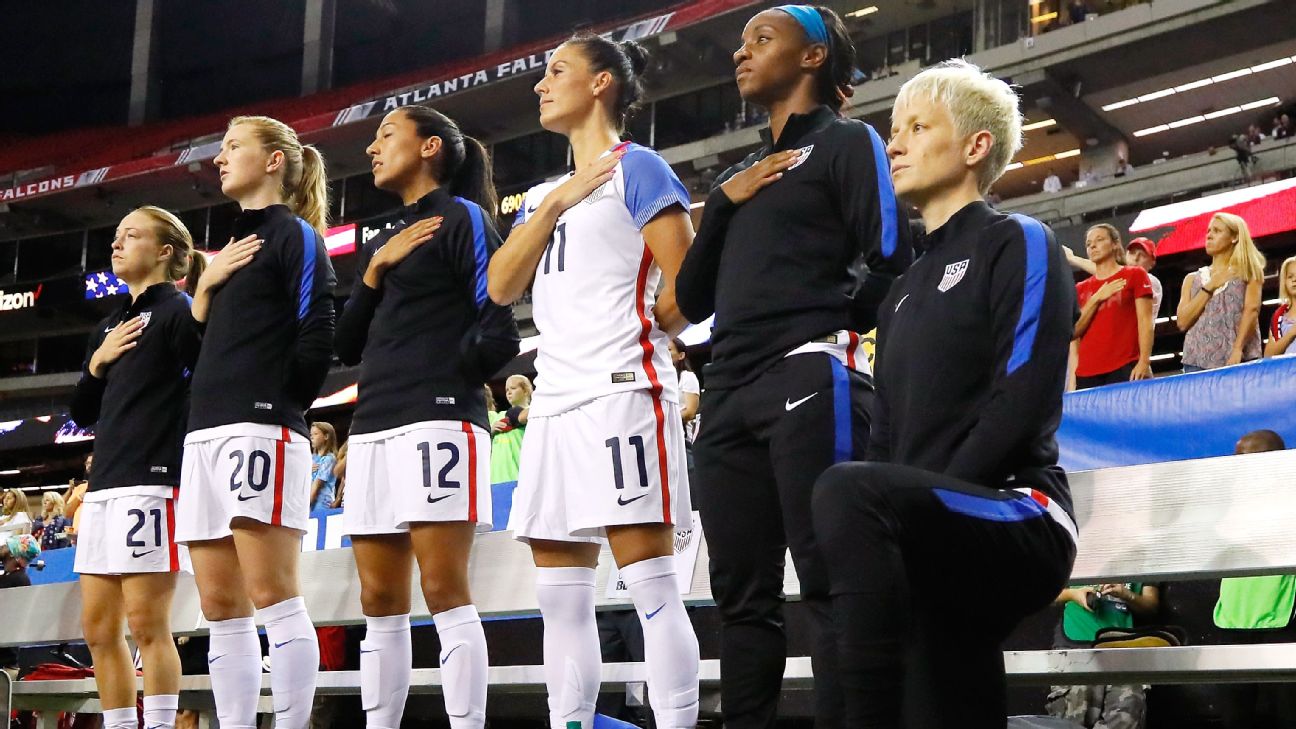 A USSF spokesperson confirmed that a repeal of the policy is under consideration.

Policy 604-1, which was passed at U.S. Soccer’s AGM in 2017, states: “All persons representing a Federation national team shall stand respectfully during the playing of national anthems at any event in which the Federation is represented.”

The policy was adopted in response to U.S. women’s national team midfielder Megan Rapinoe‘s kneeling for the national anthem before a 2016 match against Thailand. She did so in a bid to show solidarity with then-San Francisco 49ers quarterback Colin Kaepernick, who took a knee during the anthem prior to NFL games to protest racial inequality. Rapinoe did the same several times with her club, the Seattle Reign, now known as OL Reign.

Following the policy’s adoption, Rapinoe said she would honor the policy and has continued to do so. Requests to Rapinoe for comment were not immediately returned Sunday.

But in the wake of the killing of George Floyd in Minneapolis while in police custody, protests across the U.S. have spotlighted the very issues Kaepernick and Rapinoe were trying to raise. Some of those demonstrations have included protesters and some police officers kneeling in memory of Floyd. These incidents led the USSF to reconsider its policy, sources said.

The USSF Athlete Council — which is represented on the board by U.S. paralympian Chris Ahrens and former U.S. internationals Lori Lindsey and Carlos Bocanegra, who is now the Atlanta United technical director — discussed the possible repeal Sunday during a conference call, sources said.

It is not clear how the board members representing with the Youth Council, Adult Council, Pro Council and the independent directors will vote, but sources said Parlow Cone received enough support from board members to be optimistic as to the possibility of repeal.