Dele Alli was robbed at knifepoint after thieves broke into his home in the early hours of Wednesday morning, stealing thousands of pounds worth of jewelry.

The Tottenham midfielder was at his north London residence in Hadley Wood isolating during the coronavirus pandemic with his long-term partner Ruby Mae, his step-brother Harry Hickford and his girlfriend, in addition to another friend.

– Stream new episodes of ESPN FC Monday-Friday on ESPN+
– Stream every episode of 30 for 30: Soccer Stories on ESPN+
– Where Europe’s top leagues stand on finishing 2019-20 season

A scuffle ensued after two men armed with knives entered the property just after midnight. The local police said a man in his 20s, believed to be Alli, was struck in the face and suffered minor injuries, before the robbers took various items including expensive watches prior to fleeing.

Tottenham confirmed the incident to ESPN and later on Wednesday Alli tweeted: “Thank you for all the messages. Horrible experience but we’re all okay now. Appreciate the support.”

CCTV footage has been passed on to police with all five household members said to be shaken, but without suffering any serious injury. 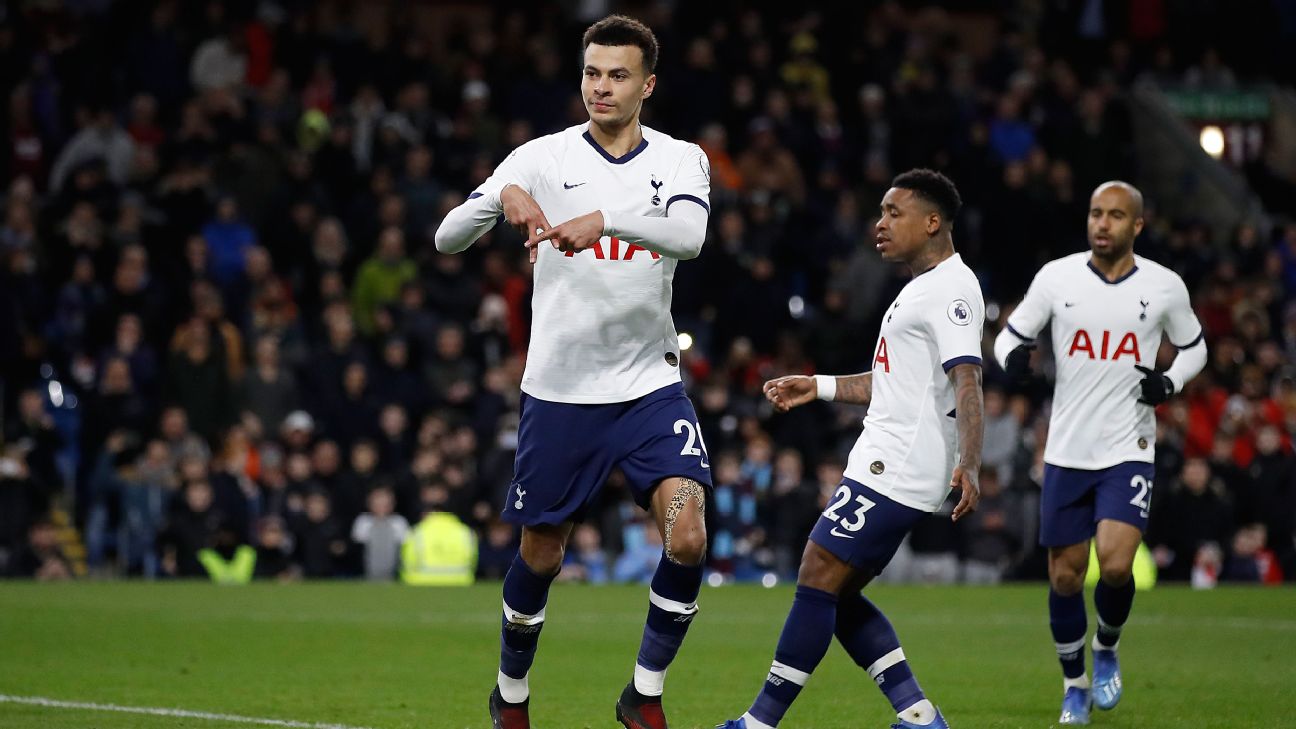 A police spokesman said: “Police were called at approximately 00:35hrs on Wednesday, 13 May to reports of a robbery at a residential address Barnet.

“Two males gained entry to the property and stole items of jewellery, including watches, before fleeing.

“One male occupant of the property, aged in his 20s, suffered a minor facial injury after being assaulted. He did not require hospital treatment.

“No arrests; enquiries into the circumstances continue.”

Alli is currently expected to resume group training with his Spurs teammates next Monday as the Premier League aims to resume competitive action on June 12.