Going “all-in” is a popular expression, but the 2019 Los Angeles Rams really were. After Monday Night’s brutal loss to the red-hot Baltimore Ravens, it appears as if the Rams are almost all-out — out of the hunt for the playoffs and a return to the Super Bowl.

The ESPN Football Power Index gives the Rams an 8.8% chance to make the playoffs. Barring a surprise comeback in their final five games, the Rams’ offseason will start much earlier than planned. It’s going to be a tricky one.

In a league with a salary cap, the bill eventually comes for teams that go all-in. In 2020, it’s coming due for the Rams, whose cap situation will be among the most challenging in the NFL because their roster is one of the most financially top-heavy. L.A. projects to have a league-high $108.75 million in cap charges allocated to its five highest-paid players:

The Rams can trim a bit of that with a contract extension for Ramsey that drops his 2020 cap number. But even if they lop off $10 million, their fifth-highest 2020 cap charge would be $8.625 million for tight end Tyler Higbee, and their top-five cap allocation would come out to $103.675 million, which would still be the highest such figure in the league.

Even if the cap goes up by $10 million or more, as it has each of the past six years, and gets close to $200 million, the Rams are looking at about half of it committed to five players, which means they’d have to pay 48 more guys with about $91 million, which is tricky. It’s not that the Rams front office can’t do it, but they’ll face a fresh and difficult challenge in returning the team to the top of the NFC and keeping their championship window open.

Yes. How much more trouble could they be in than teams such as the Falcons or Vikings or Jaguars, all of whom have major cap problems?

In some ways, more than any of those teams because there’s really no way for the Rams to get any relief from their top five contracts. Goff, Donald, Gurley and Cooks all would cost the Rams more against the cap in 2020 if they were cut or traded than if they’re on the team. The Rams obviously aren’t cutting Ramsey after they just traded two first-round picks for him, so that figure is pretty hard and fast. The Rams did extensions for Goff and Gurley a year before they really had to because they wanted to ensure cost control on their best players. This raised eyebrows around the league, but until we see the next round of high-end quarterback and running back deals come in, it’s hard to say that the Rams made mistakes in committing to those guys early.

The Falcons, yes, are in major trouble. They have the second-most cap space committed to their top five players, at $101.1 million, and like the Rams, they’re stuck with four of those numbers (Matt Ryan, Julio Jones, Jake Matthews and Grady Jarrett). They could save about $5 million if they cut Desmond Trufant, who occupies the No. 5 spot on the list. They can save another $8 million if they cut Alex Mack, who’s their sixth-highest projected cap number. The Falcons are three seasons removed from their Super Bowl loss to the Patriots and are confronting the closing of their window even as Ryan, Jones & Co. enjoy their just rewards.

The Packers project as our third-most top-heavy 2020 roster, with $94.15 million in cap space committed to five players. But unlike the Rams, Green Bay has some flexibility with those contracts. It can extend David Bakhtiari and knock down his 2020 cap number, and it can restructure and get money out of, say, Davante Adams‘ deal if it needs to. Plus, $94.15 million is already less than the Rams’ figure by $14.6 million, which for perspective is higher than DeAndre Hopkins‘ 2020 cap figure. That’s no small amount.

The Vikings and Jaguars rank eighth and fifth, respectively, on our list. Minnesota has $86.6 million committed to its top five for 2020, and Jacksonville is at $92.8 million. The difference is Minnesota could save $13.1 million by moving on from Everson Griffen and $8.8 million from Riley Reiff. Its top five is more flexible. Jacksonville’s highest cap charge for 2020 at this point is $22.5 million for Marcell Dareus, and it’s safe to assume that the Jags aren’t bringing him back at that number. They could save $20 million if they cut only him.

The weirdest team in this study might be the Eagles, who rank 11th with $83.9 million in 2020 cap space committed to five players but have no flexibility whatsoever. In fact, among the Eagles’ top 15 projected 2020 cap charges, only two players — Malcolm Jenkins and Nigel Bradham — would provide any cap savings if cut or traded. The Eagles have paid their Super Bowl heroes, and as a result, their roster is going to look very much the same next year as it does now. But unlike the Falcons and Rams, at least the Eagles beat the Patriots in the Super Bowl when they got the chance.

The team with the least amount of cap space committed to its top five players in 2020 is the Bills, who have a total of $49.925 million committed to Mitch Morse, Star Lotulelei, John Brown, Jerry Hughes and Trent Murphy. Yes, it helps when you haven’t had to pay your quarterback yet. Josh Allen is projected to have Buffalo’s ninth-highest 2020 cap charge, at roughly $5.8 million, and the team can’t negotiate a new deal with him until after the 2020 season.

Right behind (or in front of) the Bills on our list are the Dolphins (duh), who have just $51.5 million in cap space committed to their 2020 top five and could knock off another $21 million by letting go of Reshad Jones, Albert Wilson and Ryan Fitzpatrick.

The third-lowest team on our list is the Patriots, with just $55 million in 2020 cap space committed to their top five players and flexible deals for their top three. And sure, it’s no surprise. You don’t beat the salary cap for two decades if you don’t know how to balance your roster. But it’s fair to point out that the Patriots either have to sign Tom Brady for 2020 or find another quarterback, and either of those solutions will bump their number up — even if Brady were to do another one of his trademark team-friendly deals.

All right, so the Rams can fix this in the draft, right?

Well, that’s not going to be easy, either. The Rams are dealing with the rare but deadly combination of little cap space and little draft capital. Due to the Ramsey trade, they don’t have a first-round pick in 2020 or 2021. This after not picking in the first round in any of the past three drafts. Their top three 2020 cap numbers belong to players they drafted who helped them win the 2018 NFC title. But you have to wonder where they will get the money to pay someone such as 2017 third-round pick Cooper Kupp when he’s eligible for an extension this offseason.

The draft is about finding value — finding players who perform at a high level before they’re owed big money. Goff, Gurley and Donald all provided that, and Kupp is providing it now. But with no first-round pick in 2020 and only four total picks projected for 2021, the Rams are going to have to nail a very high percentage of their picks if they want to solidify this roster through the draft in the short term.

Yuck. So what can the Rams do?

1. They’re going to need to dominate the second and third rounds of the draft. This might not be a bad way to go. Their cap situation would make first-round contracts a burden anyway, and there’s a burgeoning theory around the league that the second round is where teams can find the real value. 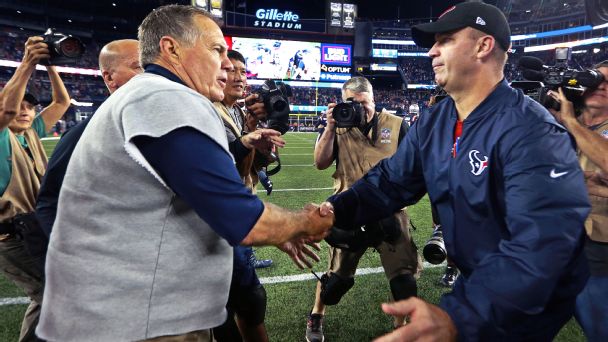 I asked Colts general manager Chris Ballard about this during training camp because he seems so obsessed with second-round picks, and he admitted that he is. Especially for a team picking late in the first round, as the Rams would have done the past couple of years, sliding back into the second instead of staying put in the first and taking a player on whom it didn’t have a first-round grade makes sense.

Teams don’t get the fifth-year option in such cases, but as Ballard told me, that fifth-year option for first-round picks can be a curse instead of a blessing, as it can complicate contract negotiations with a player a team wants to keep or force a tough decision on a player the team might not be sure about. If the Rams can find instant contributors in the second and third rounds of the next two drafts, there’s no reason to think they can’t put, say, an offensive line back together in short order.

2. They’ll need their stars to play like stars. After the Rams made the Ramsey deal, general manager Les Snead told me that a player as good as Ramsey allows the team to take some chances and do some bargain-hunting at the positions around him — i.e., he’ll make the rest of the secondary better, so maybe the Rams don’t have to go out and pay premium prices for safeties and other cornerbacks.

It’s not a bad thing to pay guys such as Donald, Goff, Gurley, Cooks and Ramsey top-of-market salaries if they’re making Pro Bowls and helping the team win games. The problem this season is that the Rams aren’t getting their money’s worth out of some of those guys. If that swings back in the other direction in 2020, the cap issues won’t loom as large.

3. Develop and adapt. One of the simplest answers to the question of what went wrong for the 2019 Rams is that the offensive line fell apart. They lost center John Sullivan to retirement and guard Rodger Saffold to free agency, and they have dealt with injuries along the line. Veteran left tackle Andrew Whitworth could be headed for retirement at the end of this season. The Rams need the young guys in the pipeline — guys such as Joe Noteboom, Bobby Evans and Austin Corbett — to develop into mainstays, or they won’t be able to protect Goff or get the run game going reliably again.

Player development is, of course, a function of coaching, but it isn’t the only one. Some players and coaches with whom I’ve spoken the past couple of weeks have told me that they’re surprised the Rams didn’t make some changes to their offensive schemes coming into the season. Everyone around the league knew they loved to run 11 personnel — one RB, one TE and three WRs — but there was a thought that they’d add more wrinkles than they have and maybe work in those talented, young tight ends more. Instead, they haven’t done enough of that — through Week 12, they have run 11 personnel for 78.8% of their offensive plays, which ranks second in the league. Coupled with the line issues, that has set the offense back.

Sean McVay wasn’t a two-year wonder. He’s a talented and smart coach who will have to sit with the lessons learned from this season and figure out how to make sure the unexpected problems that arose don’t repeat themselves. The smart money is on him to figure it out. But given the draft and cap issues the Rams are facing the next couple of years, it’s going to be tougher than it was the first time.