As the final UFC pay-per-view of the decade was coming to a close, I couldn’t help but think of UFC 33.

Why? Well, that event, which happened on Sept. 28, 2001, was the first UFC card sanctioned by the Nevada State Athletic Commission, which also sanctioned UFC 245.

It was also the first event in UFC history to feature three title fights on one card. UFC 245 was the fifth. 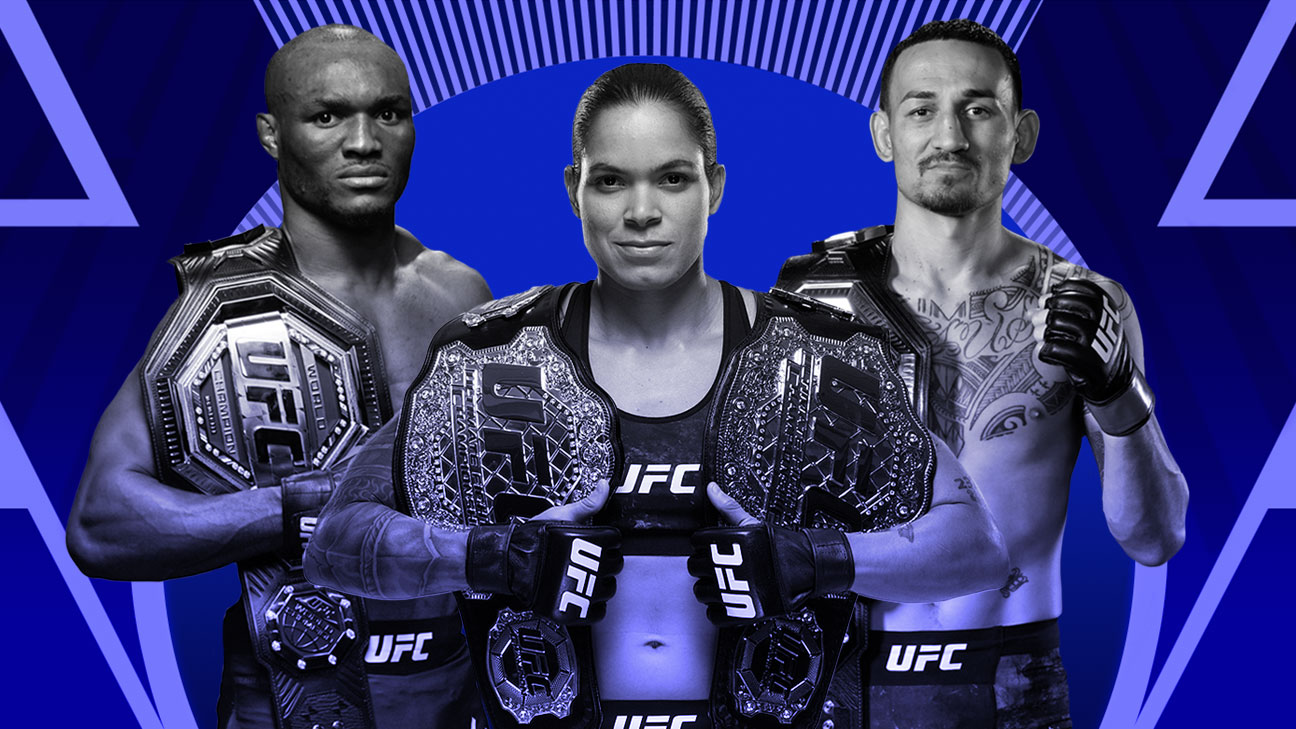 With purchase of the pay-per-view, every fight from UFC 245 is available to watch on ESPN+.

It also turned into a disaster because all three title fights went the distance, which meant the pay-per-view telecast went past the satellite window, forcing the company to refund everyone who bought the show because they all missed the conclusion of the Tito Ortiz vs. Vladimir Matyushenko main event.

Heck, the event was so bad, the UFC waited 15 years to do another three-title fight card.

While Saturday’s trio of title fights weren’t nearly as dull, the first two did go the distance. As a result, the crowd seemed to lose a little steam.

But they predictably woke up for the Colby Covington vs. Kamaru Usman main event, and boy did it deliver. That’s where the UFC 33 comparisons came to an end.

As is often the case when two great wrestlers meet, their wrestling actually negated each other and the fight turned into a kickboxing match.

Neither Usman nor Covington shot for a single takedown, and you know what? No one cared. These two hated each other so much, the crowd just wanted to see them slug it out.

I had Covington up two rounds to none going into the third. He was landing more shots and was inflicting more damage.

But everything changed in the third round for MMA’s bad boy.

He told his coaches after that round, a round he lost, in my opinion, that he broke his jaw. This seemed to slow him down considerably. He lost the fourth and eventually succumbed with just 50 seconds left in the fight.

In the end, this was the second-latest stoppage in UFC title fight history, and a brutal pill to swallow for Covington.

He talked so much going into this fight, which meant he had so much to back up. So much pressure. So much to live up to.

And while I know he is despised by many, let’s give Covington his due. He may have fought at least two rounds with a broken jaw. You know how tough you have to be to do that?

But, in the end, he lost fair and square. Usman made the necessary adjustments and figured out a way to vanquish his bitter rival.

What’s his prize, though? Is it Jorge Masvidal? Last I checked, Team Masvidal isn’t too keen on that fight. They are eyeing greener pastures. In other words, they’re waiting to see if Conor McGregor wins on Jan. 18. And even if McGregor doesn’t win, there’s a couple Diaz brothers waiting for Masvidal, as well.

But Usman can worry about what’s next on, say, Monday.

For now, he shut up Covington (at least for now) and that has to feel sweet.

Something special is brewing in New Zealand

Alexander Volkanovski beat Max Holloway by unanimous decision to win the UFC featherweight title at UFC 245. Holloway had not lost in the featherweight division since 2013. Two months ago, Israel Adesanya knocked off Robert Whittaker to win the UFC middleweight title. Volkanovski is an Australia native, while Adesanya is a New Zealand resident born in Nigeria. Both train out of City Kickboxing and are guided by head coach Eugene Bareman.

There are several coaches who have had great years in 2019. Sayif Saud of Fortis MMA and Eric Albarracin, who coaches the likes of double champions Henry Cejudo and Patricio Freire, are right up there. But after Volkanovski’s upset win over Holloway, one of the best pound-for-pound fighters in the world, Bareman has to be Coach of the Year. Not long ago, it would have been unheard of to have a single champion in the UFC from Oceania. Now, there are two and both come out of City Kickboxing. Pretty amazing.

What we’ve seen in recent years is that every champion in the UFC’s marquee 135-pound female weight class has had a kryptonite. Women’s MMA hasn’t been around as long as men’s, and because of that, it’s slightly behind the men’s side in terms of development. Not by much, but you can see it at 135 pounds.

Amanda Nunes? I’m not sure she has one. She is the UFC’s first female 135-pound champion who doesn’t have one. If you want to go searching, you can try to question her cardio, but not really. Germaine de Randamie represented the last real possibility of Nunes’ kryptonite to me. Maybe an experienced kickboxer, who could drag the fight into later rounds and utilize the Thai clinch, would offer Nunes problems. But it simply didn’t happen. De Randamie offered resistance. But it didn’t happen.

A guaranteed way to look foolish in MMA is to declare a UFC champion unbeatable, but right now, Nunes is unbeatable. She’s faced just about every elite style in the division right now, and she’s dominated all of them. She is a GOAT, and on top of that, she’s a landmark in women’s MMA because she’s proven to be kryptonite-proof.

Faber experiences cruel nature of changing of the guard

Combat sports sure have a grotesque ritual for passing the torch. The fighter who has been to the mountaintop and, as the years piled up, tumbled back to sea level can’t seem to put away the trusty old hiking boots for good. And the fighter who has been on a slow rise recognizes that a clever shortcut on the path to a career peak entails climbing in the cage with that big-name old-timer. And guess what happens.

What often happens is precisely what we saw in this tangle between Petr Yan and Urijah Faber. Yan is a 26-year-old terror who came riding in on an eight-fight winning streak. Faber, a 40-year-old former WEC champ who over the years took multiple shots at UFC gold, retired from the sport in 2016 and a year later was inducted into the UFC Hall of Fame. Then came the comeback. Then came this cruel changing of the guard.

Faber gave it everything he had, but what he has left at this stage of his athletic life was nowhere near enough to give Yan any problems at all. The outcome seemed to be a matter of when, not if. The Russian, who is No. 6 in ESPN’s bantamweight rankings, patiently picked apart “The California Kid,” and when he did take a shot, he walked right through it and dished out more. In the end, Faber’s left eye was as ugly as the matchup.

But voila! The UFC has a bantamweight contender. Isn’t that what this was about?

Aldo better than expected, but how much is left?

That was not Jose Aldo in the Octagon. Let’s establish that right away. If you’re a longtime MMA fan, you know. If, on the other hand, you started following the sport anytime within the last four or five years, you owe it to yourself to go watch some prime Aldo, of which there is plenty. The Brazilian buzzsaw ruled the featherweight division for six years and at one point went 18 straight fights without a loss. Check out some of the masterpieces he painted.

That said, Aldo did fight with energy against Marlon Moraes, and that had to seem unlikely to anyone who had seen Jose’s gaunt figure during fight week. This is a man whose toughest fights at featherweight used to come against the weigh-in scale. And here he was trying to rejuvenate his career at bantamweight. There was a chorus of pundits saying this week that the move down a division was ill-advised, but Aldo did not fade as the fight went on. It was Moraes who appeared more tuckered out by mid-fight, and that might set off alarm bells, considering that this was the second straight time Marlon started strong and couldn’t sustain the pace.

It all adds up to question marks for both men. Moraes is No. 2 in the ESPN 135-pound rankings, behind only Henry Cejudo. This performance might have secured Marlon’s spot in the Top 10, but after a night in which his split-decision win was booed lustily, the UFC isn’t likely to feel urgency to get Moraes back in the cage with the champ. And while Aldo looked better than expected, this still was the fifth loss in his last eight fights. How much career rejuvenation is there in that?