The UFC went eight weeks without an event — March 14 to May 9 — because of the coronavirus pandemic. Now it’s time for the organization’s second live card in just five days.

UFC 249 felt like a breath of fresh air for the sports world. And it would be hard to argue the card didn’t deliver, with incredible performances from Justin Gaethje, Henry Cejudo and Francis Ngannou, to name a few. A second group of athletes from the around the country has already stepped on the scale in Jacksonville, Florida, and will attempt to continue that momentum at UFC Fight Night on Wednesday, once again at VyStar Veterans Memorial Arena.

The UFC is presenting a special Wednesday night card, featuring light heavyweight contenders Anthony Smith and Glover Teixeira in the main event. Smith has won four out of his past five fights, while the 40-year-old Teixeira has won three in a row.

Two former light heavyweight title challengers, Anthony Smith (32-14) and Glover Teixeira (30-7), will meet in the headliner. The event will air on ESPN+, with the main card starting at 9 p.m. ET and the prelims at 6.

This fight was originally supposed to take place on April 25 in Smith’s home state of Nebraska. Smith has emotional ties to the area and lives an hour away from Lincoln, where the fight was to be held. He has fought there only once in the past seven years.

Smith was in Nebraska in 2016 when he beat Josh Neer at a regional event and threw on a hat that said, “Call me, Dana.” That resulted in him signing with Dana White and the UFC, and finally maximizing his potential more than 30 bouts into his professional career. Smith was a late bloomer in MMA, but in the past four years he has gone 8-2 inside the Octagon. In 2019, he challenged Jon Jones for the championship.

Despite having nearly 50 professional bouts to his name, Smith, 31, is still in his prime and potentially not far off from another crack at the UFC title. It’s a different story for Teixeira, whose challenge of Jones was back in 2014. Teixeira is 40 and could be looking at his final chance at a title run. He does have a good thing going, however, with a string of wins over Karl Roberson, Ion Cutelaba and Nikita Krylov.

Whoever wins on Wednesday will likely need at least one more victory before vying for a title again, but this is another step in that hunt. And the fight itself will keep the return of the sports world in motion.

10: Finishes in the UFC by Teixeira, tying him with Jon Jones and Ovince Saint Preux for the most among active light heavyweights. OSP is also fighting on this card, but as a heavyweight.

13: UFC victories by Teixeira, putting him behind only Jones (20) for the most among active light heavyweights.

6: Fight night bonuses awarded to Teixeira, the fourth most among active 205-pounders. Smith is also in the top 10 with three bonuses.

11:53: Average fight time in the UFC for Smith, fifth longest among active light heavies with a minimum of five bouts. 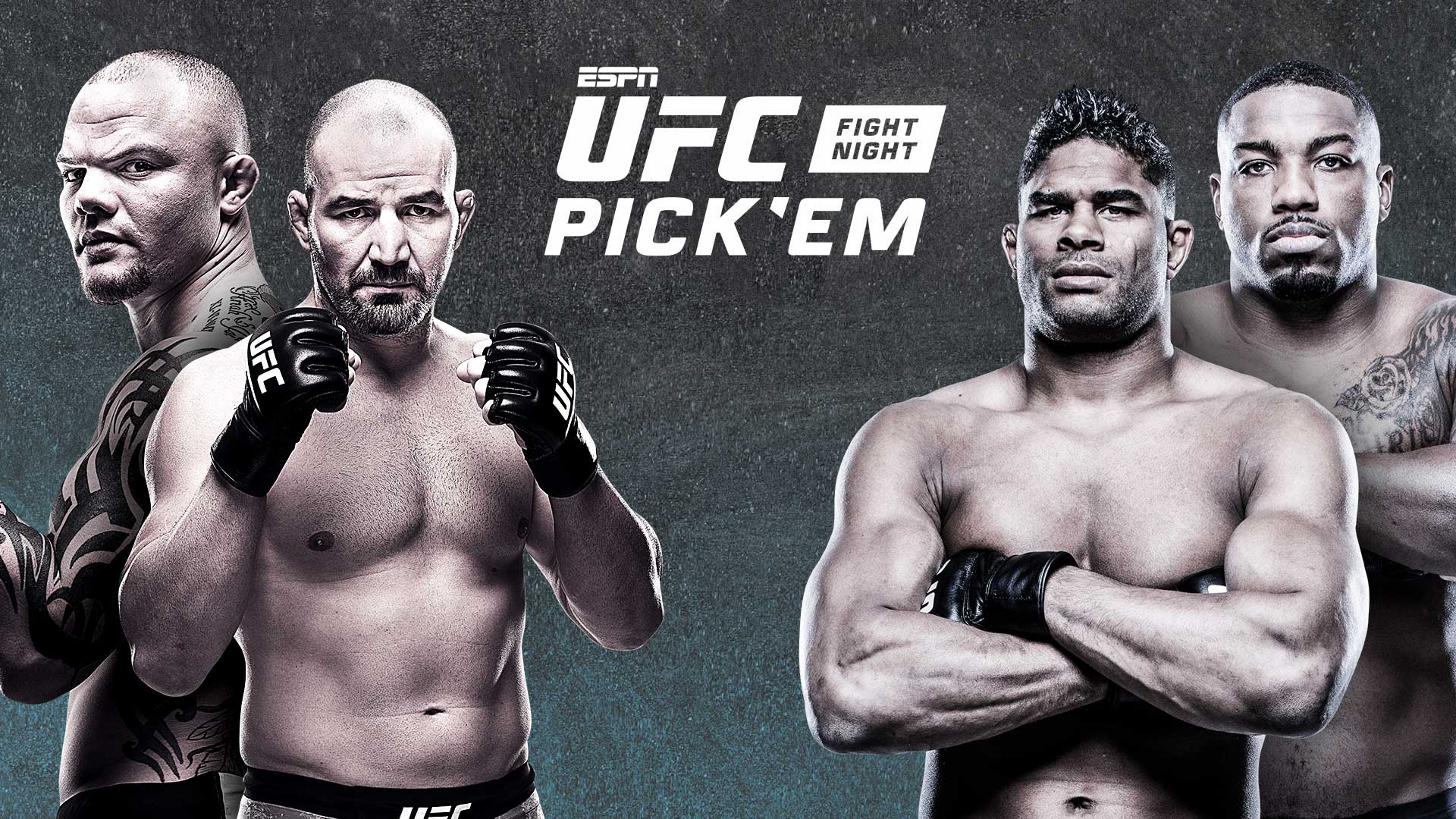 Make your picks and compete against friends! Watch the action LIVE on May 13 and May 16 on ESPN and ESPN+. Make Your Picks

Teixeira still has plenty in the tank at age 40, and he proved that in his past three fights. But Smith is aware of that, and I’d be surprised if he’s taking this bout lightly. Teixeira is very good at what he does, but I believe Smith is a little more versatile, a little better at making adjustments to his opponents midfight. And the youth on his side is no small thing. Smith via TKO, fourth round

Back in 2003, Jason Von Flue was fighting welterweight Nick Gilardi on a WEC card in California when he countered a guillotine choke attempt by finishing the bout with a submission technique of his own, one that had not been seen before. The inventive maneuver became known as the Von Flue choke.

Von Flue made it to the UFC 2½ years later and pulled off the move in his debut, defeating Alex Karalexis, but that was it for Von Flue and his choke in a career that ended more than a decade ago.

Meanwhile, someone else made the maneuver his own.

Saint Preux, who takes on Ben Rothwell in the co-main event, is coming off a Von Flue choke victory over Michal Oleksiejczuk last September. It was the fourth time OSP has pulled off the move in the UFC.

So should this maneuver now be known as the Saint Preux choke? No, that would dishonor its inventor. Lately, the submission has been commonly referred to with the mashup name “Von Preux choke.” That works.

Nickname of the night

Kinda torn on this one. Lightweight Michael Johnson is known as “The Menace.” Call us old-fashioned, but should anyone not named Dennis be using that nickname? Then again, fellow 155-pounder Alexander Hernandez goes with “The Great,” and that feels a bit too obvious. So let’s go with the oddly poetic moniker favored by heavyweight Chase Sherman: “The Vanilla Gorilla.” Sounds like the scariest ice cream flavor ever.