ALAMEDA, Calif. — Surely, the Oakland Raiders had to know this was a possibility when they signed Vontaze Burfict to play middle linebacker, right?

Right. Kinda. Doesn’t mean they have to agree with it.

And it is a well-earned reputation, so to speak. One that, due to repeated violations of unnecessary roughness rules, has landed Burfict a season-long suspension and cost the Raiders the quarterback of their defense with his helmet-to-helmet hit on a prone Jack Doyle Sunday in the Raiders’ 31-24 victory at the Indianapolis Colts.

Vontaze Burfict is ejected from the game vs. the Colts due to a helmet-to-helmet hit on Jack Doyle.

Burfict, who was named one of five team captains by players, was rightly flagged for unnecessary roughness. But then the game’s observer in New York weighed in and decided Burfict should be kicked out of the game. Burfict is now looking at serving the longest suspension for an on-field transgression in league history.

It’s in no small part because of his history. Consider: Burfict has led the NFL with 23 personal fouls since entering the NFL in 2012, including the playoffs.

His 15 flags for unnecessary roughness since 2012 also lead the league.

So yeah, Burfict’s reputation preceded him, even if coach Jon Gruden seethed after the game about Burfict being ejected. The Raiders are in London now — they departed for England from Indianapolis for Sunday’s game against the Chicago Bears — and will not have any access until Wednesday.

“Nobody on the field, in our stadium, or in this zip code, made the call to eject him,” Gruden said after the game. “That came from New York City. So, what can I do? I don’t have a cellphone on the field.

“It’s a tough decision, it’s a tough call. I think it was a flag. It was very-well-documented that the league was going to review those plays this year in New York City. So, that’s what happened and I’ll wait to hear what their reasoning was. But it was a penalty, he went in there with his head down, it was called and, unfortunately for us, it was an ejection.”

Linebacker Tahir Whitehead assumed the role of defensive playcaller following Burfict’s departure, the second game in a row he had to wear the “green-dot” communications helmet. Burfict suffered an elbow injury in Minnesota a week earlier and left the game.

Whitehead, also a team captain, was none too pleased with the prospect of losing Burfict for the season, taking to Twitter Monday to post: “This is straight bulls—. No way that hit calls for that. This s— is getting out of hand.”

But again, the suspension is not about that one hit, rather, that his was the proverbial straw as the league saw it.

And, right or wrong, the Raiders will pay for Burfict’s reputation and, well, the hit laid upon Doyle, who ironically saw little wrong with it.

“I just got tackled,” he said after the game. “I’m sure it looked worse than it was. I didn’t really feel anything from it. My helmet protected me.”

Burfict has three business days to appeal the suspension, which would then be heard by either Derrick Brooks or James Thrash, both of whom were jointly appointed by the NFL and NFLPA.

Burfict was brought to Oakland because of his intimate knowledge of Guenther’s system, Guenther having been his position coach and coordinator in Cincinnati from 2012 through 2017.

“To take a leap of faith on him was a no-brainer,” Guenther said. “He’s coming to resurrect his career. He’s coming into a defense he knows, but a new place, a fresh beginning.

“This is a guy that had a rough upbringing. We bonded. I saw a really good player in there somewhere. I had to get it out … there was a trust factor.”

Among Burfict’s most infamous hits is the headshot he put on former Raiders teammate Antonio Brown in a 2016 playoff game between the Cincinnati Bengals and Pittsburgh Steelers.

“We can’t have that,” Guenther said. “But I’m not looking for nice linebackers either.” 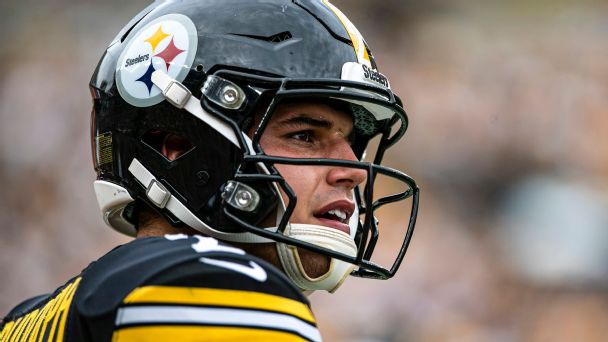 The Raiders are now looking for another linebacker. This was the risk the Raiders took by not only signing a player with such a reputation, but by not investing enough depth in the position.

“Every team plays a little bit after the whistle. It’s just a matter of if the ref catches it, you know what I mean?”