Is 22 years too soon? How do we look back on the great Home Run Chase of 1998? Can we look past the uncomfortable aftermath and remember Mark McGwire’s battle with Sammy Sosa for home run supremacy as a jubilant summer? Or do we feel cheated? Like Jay Gatsby’s obsession with Daisy Buchanan, did our fascination with home runs and power and upper-deck blasts lead us down an ultimately tragic path?

Or maybe you have a forgiving memory and fondly recall when the biggest story in sports was a baseball story. So big, in fact, that it spilled over from SportsCenter to the evening news. Sports fans followed with daily anticipation; people who weren’t sports fans paid attention. How did McGwire and Sosa do last night? We talked about it all summer.

And, yes, it was something. The most-watched regular-season game in ESPN history with 10.6 million viewers remains the Cubs-Cardinals game from September 7, when McGwire tied Roger Maris’ record with his 61st home run. ESPN and FOX both established their overall regular-season ratings records that year — ESPN 21% higher than any other year and FOX 20% higher than any year dating back to 1996. The Cardinals and Cubs ranked first and second in the majors that year in road attendance, and by August both clubs were routinely drawing more than 40,000 per game on the road — while selling out every game at home, of course. When the Cardinals traveled to Miami in early September with McGwire closing in on Maris, the Marlins drew over 45,000 for the final game of the series. A Cardinals-Astros series in Houston a couple of weeks later drew more than 52,000 all three games.

The narrative that the Home Run Chase saved baseball, however, was misleading even at the time. After attendance dropped 20% in 1995 following the 1994 strike, it increased 6% in 1996 and 5% in 1997, but just 4% in 1998 and actually declined slightly in 1999. The World Series that fall between the Yankees and Padres drew a then-record low number of viewers.

In a sense then, it really was just about the chase for the most hallowed record in sports. It ended being between McGwire and the upstart Sosa. Back in spring training, however, McGwire was supposed to have a different rival.

Heading into the season, the anticipation was already growing that this would be the year Maris’ 37-year-old record would finally fall — that’s a longer span, by the way, between Babe Ruth hitting 60 home runs in 1927 and Maris hitting 61 in 1961. It was going to be McGwire or Ken Griffey Jr.

In 1996, McGwire hit 52 home runs for the Athletics in 130 games, a pace for 62 home runs over 155 games. He followed that up with 58 home runs in a 1997 season split between the A’s and Cardinals. Griffey hit 49 home runs in 140 games in 1996 and then 56 in 1997, the first time two players had topped 55 in the same season. Sports Illustrated put McGwire on its baseball preview issue with the headline, “Get Ready for a Slugfest.” As McGwire says in “Lone Gone Summer,” “The pressure was there from day one.” 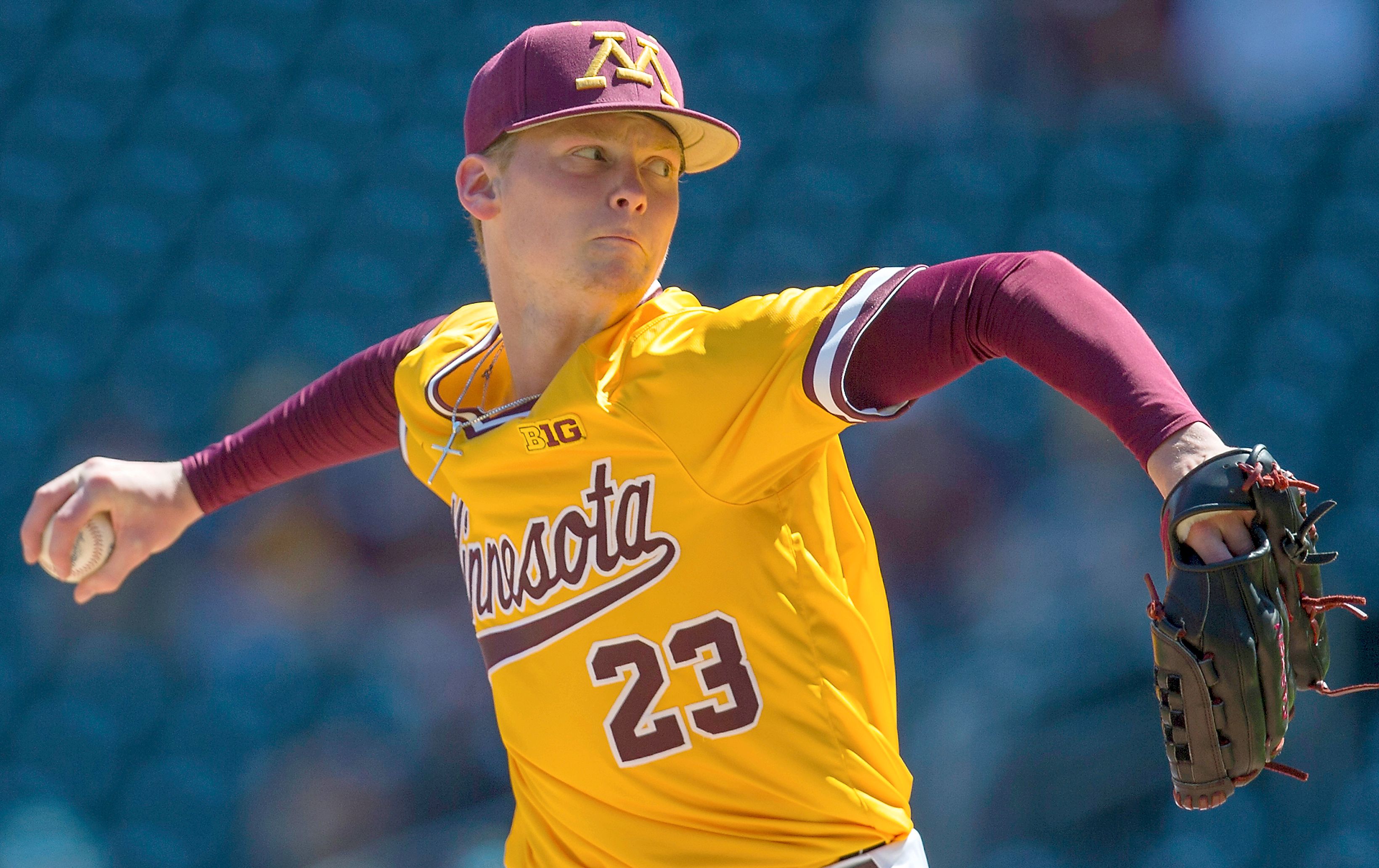 Sosa? An afterthought, really. He had averaged 37 home runs the previous three seasons, but 1997 had been the worst of the three, as he hit just .251 with 36 home runs while leading the National League in strikeouts. He was 29 years old and talented — he had hit 40 home runs in just 124 games in 1996 — but his free-swinging ways and poor approach led to too many bad swings and easy outs.

The last day McGwire did not hold at least a share of the major league home run lead was May 15, when Castilla led with 16 and McGwire and Griffey were at 15. The next day, McGwire crushed a mammoth 545-foot home run — the longest in Busch Stadium history — kicking off a stretch of 12 home runs in 13 games. At the end of May, McGwire was at 27 while Griffey and Castilla had fallen back, with 19 apiece. Sosa? He had hit just 13, although a new, more disciplined approach was paying dividends. He was hitting .343/.415/.583 and had homered twice on May 25 and twice more on May 27, before missing the three final games of the month with a thumb injury. Nobody expected what would happen next.

The race is on

Sosa homered twice on June 1, in four straight games from June 3 to June 8, three times on June 15 and then had back-to-back two-homer games on June 19 and 20. He finished June with a record 20 home runs, breaking Rudy York’s record of 18 in any one month. Griffey had also heated up again and now it looked like a three-person race. At the end of June, McGwire sat at 37 home runs with Sosa and Griffey at 33. The All-Star break came a few days later with Griffey now just two home runs behind McGwire (37 to 35) and Sosa still at 33.

By July everyone was starting to go wild about this whole thing. At times, the home run chase even overshadowed what was one of the most remarkable seasons in baseball history. That was the year the Yankees won 114 games, Mike Piazza was traded twice, Randy Johnson traded to the Astros and a bunch of other crazy stuff happened. Sosa made his first SI cover appearance on the June 29 issue, with the headline, “Watch out Mark McGwire! Here Comes Slammin’ Sammy.” McGwire was back on the cover for the Aug. 3 issue, headlined, “The Great Home Run Chase.” Heck, this had become such a pop culture moment that Babe Ruth — dead 50 years — graced the Aug. 24 issue. We couldn’t get enough of the home run.

Griffey fell out of the race with a big slump. Maybe the pressure that had been brewing since spring training got to him. Sosa, however, enjoyed his moment in the spotlight. It’s easy to forget, given Sosa’s dismal showing years later at the steroids hearings, his fall from grace in Chicago and his ongoing fractured relationship with the Cubs, that he was absolutely beloved that summer. He even helped loosen up McGwire, as shown in one memorable news conference. Two players chasing Maris was a gift from the baseball gods.

On August 10, Sosa homered twice in San Francisco, his 45th and 46th, tying McGwire for the first time. Nine days later, he jumped ahead of McGwire — a lead that lasted 58 minutes, as McGwire would later tie him and then go back ahead with a 10th-inning home run.

McGwire would break the record first, in a game against the Cubs on Sept. 8. The line-drive home run off Steve Trachsel would be McGwire’s shortest of the campaign in a season of moon shots (an estimated five of 500-plus feet, although don’t regard those figures with the same degree of accuracy as today’s measurements). Still, when you watch the highlights: Wow. Sosa played the gracious loser, clapping in right field as McGwire rounded the bases and later giving McGwire a big on-field hug. 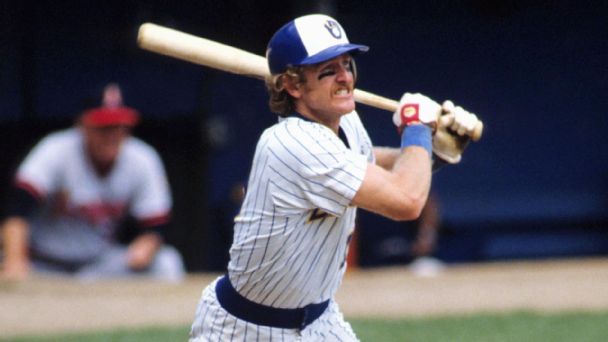 From a pitcher with nine RBIs in a game to an infielder you never heard of who went 7-for-7, here’s a fun fact you probably didn’t know for all 30 teams. David Schoenfield

Sosa never led outright at the end of any day, but on the final Friday of the season, game No. 160, he again temporarily took the lead with his 66th home run. Forty-five minutes later, McGwire tied him up and then Big Mac finished with a flourish, with two home runs on Saturday and two more on Sunday, taking the chase and the record, 70 home runs to 66.

When McGwire broke the record, the SI cover headline read, “What it means to Mark McGwire — and to America.” We got caught up in it all. We ignored the bulging muscles, marveled at the towering blasts, didn’t care when a jar of an over-the-counter testosterone builder was seen in McGwire’s locker. Officials would bring a suitcase with four boxes of special, authenticated balls to each game, numbered 1 through 48, to be used only for McGwire at-bats. “The ball has magnetic power,” Tom Verducci wrote in SI. “Can you feel the pull? America is a Baseball Nation again, and Mark McGwire is the head of state.”

If you followed along in 1998, how do you feel 22 years later? The victim of a con? Angry? Sad? In watching “Long Gone Summer,” it’s hard to separate those emotions from the joy unfolding on the screen — heck, we see Jack Buck in tears at one point.

McGwire doesn’t even hold the record anymore, Barry Bonds breaking it just three years later, in a joyless chase that, in some fashion, eventually forced the sport to look at what it had become. Some will tell you baseball never recovered from that era. That feels like an overstatement, just as the chase didn’t really save the sport in the first place. Baseball will live on, just like that long, gone summer does in some complicated fashion, the summer when home runs were at the center of everything.