China is exporting its social values, political ads are an important part of free expression, and the definition of dangerous speech must be kept in check, Facebook’s CEO Mark Zuckerberg argued today.

He criticized how American companies that do business with China were becoming influenced by the country’s values. “While our services like WhatsApp are used by protestors and activists everywhere due to strong encryption and privacy practices, on TikTok, the Chinese app growing quickly around the world, mentions of these same protests are censored, even here in the US!” Zuckerberg said. “Is that the Internet that we want?”

Because Facebook couldn’t come to an agreement with Chinese censors and thereby doesn’t operate in the nation, “Now, we have more freedom to speak out and stand up for the values that we believe in and fight for free expression around the world.” 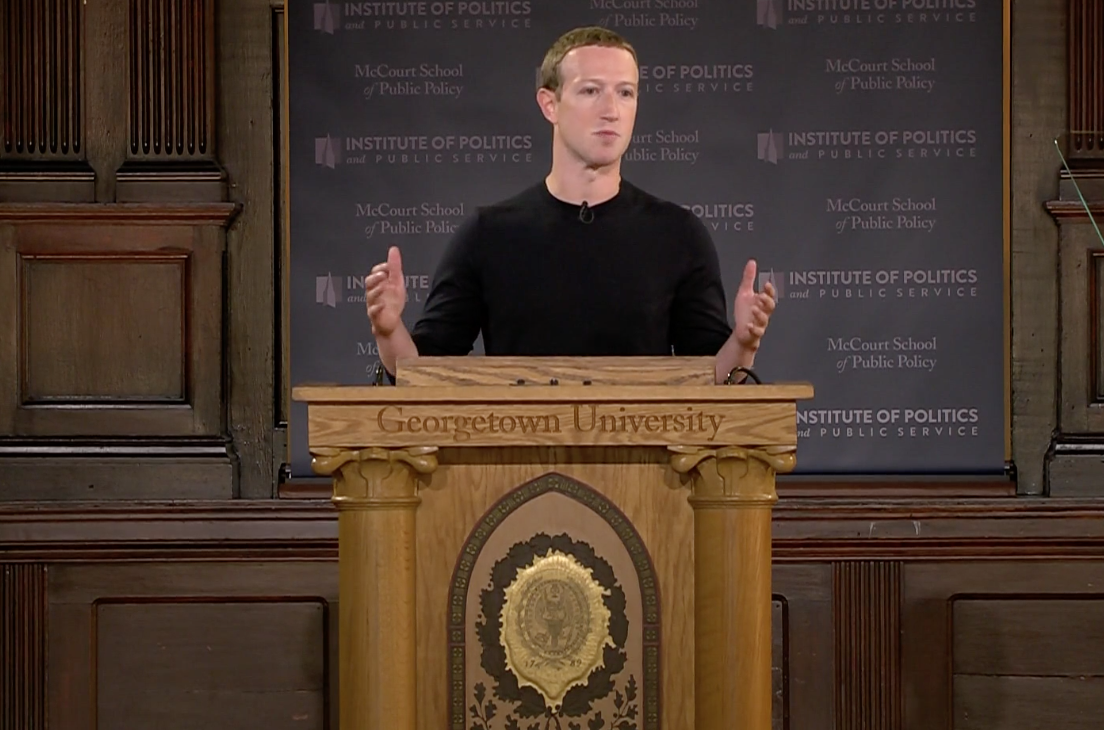 Zuckerberg spoke today at Georgetown University to share his thoughts on speech and “how we might address the challenges that more voice and the internet introduce, and the major threats to free expression around the world.” He discussed how “We want to the progress of free expression without the tension” leading people to advocate for pulling back on free expression. “Where do you draw the line?”

Zuckerberg says that Facebook now has 35,000 people working on security, and the company’s security budget is higher now than the whole revenue of the company when it IPO’d, which was $5 billion in 2012. Facebook removes or downranks content that is objectively dangerous. Still, he says that he doesn’t want to “let the definition of what is dangerous to expand beyond what’s absolutely necessary.”